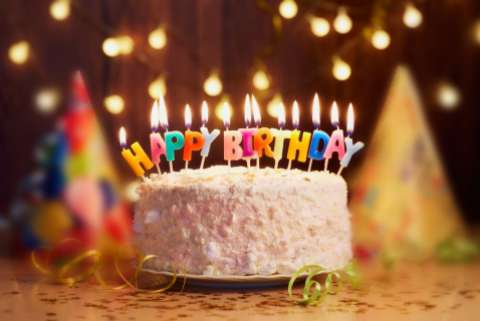 Today is the 30 year anniversary of President George H.W. Bush signing the Telephone Consumer Protection Act (TCPA) into law. It is fitting that this anniversary is somewhat overlooked as, for the first two decades of its existence, the TCPA served its intended, modest purpose as a statute allowing individual consumers to bring lawsuits in small claims court. But in recent years, it has grown into a litigation monster. On the occasion of its anniversary, let’s take a look at how the TCPA became what it is.

When President H.W. Bush signed it into law 30 years ago today, he described its intention in terms that would be unfamiliar to the marketers who must contend with it today:

“I have signed the bill because it gives the Federal Communications Commission ample authority to preserve legitimate business practices. These include automated calls to consumers with whom a business has preexisting business relationships, such as calls to notify consumers of the arrival of merchandise ordered from a catalog. I also understand that the Act gives the Commission flexibility to adapt its rules to changing market conditions. I fully expect that the Commission will use these authorities to ensure that the requirements of the Act are met at the least possible cost to the economy.”

A bill that protects consumer privacy while still preserving legitimate business practices would be a valuable piece of legislation. Unfortunately, the TCPA evolved into a different beast entirely.

The first FCC rulemaking on the TCPA set the initial parameters of much of the practical enforcement of the law. This included clarifying such regulations as a prohibition against autodialed calls to mobile phones. The order expressed the FCC’s preference, at the time, for
“broad definitions which best reflect legislative intent by accommodating the full range of telephone services and telemarketing practices” rather than definitions that “fit only a narrow set of circumstances.” Considering how contentious and important the question of how the TCPA defines automatic telephone dialing system (ATDS), this is an auspicious note.

2003 - Another FCC TCPA Ruling and Order and the DNC List

This report was a major overhaul of the FCC’s interpretation and enforcement of the TCPA. It also served as a demonstration of what the TCPA had been while foreshadowing what it would become. For an example of the former, it outlines the prohibition of “war dialing,” which it defines as the practice of “using autodialers to dial large blocks of telephone numbers in order to identify lines that belong to telephone facsimile machines. Regarding the latter, it sets forth some of the parameters of what would become important legal battles over which technology fits the definition of an ATDS. The FCC explicitly categorized predictive dialers as autodialers and wrote that the ATDS definition should apply to “equipment that has the capacity to generate random number and sequential dialing patterns, rather than on whether the equipment is actually used in that fashion.”

Another notable event for the TCPA was the creation of the National Do Not Call (DNC) Registry. First mandated in the TCPA’s original text, the DNC List was finally implemented when President George W. Bush signed the Do-Not-Call Implementation Act of 2003.

This Ninth Circuit decision was notable in that it was the first Circuit Court decision to hold that text messages should be regulated the same as voice calls.

Prior to this Supreme Court decision, there had been a Circuit Court split on whether or not the TCPA’s private right of action could be used to file lawsuits in federal courts as well as state courts. SCOTUS unanimously decided that TCPA lawsuits could be brought in federal courts, helping to set the stage for the onslaught of enormous, nationwide class actions that would soon come to define TCPA enforcement.

This was another major overhaul of the FCC’s enforcement and interpretation of the TCPA. Its most significant impact was its interpretation of the ATDS definition. It interprets the definition’s definition of “capacity” in a broad sense, determining that equipment without the “’present ability’ to dial randomly or sequentially” could still qualify as an autodialer if it had “potential functionalities” to do so. This interpretation essentially meant that any device that could potentially dial numbers from a list might be considered an autodialer and thus subject to the TCPA’s regulations on the use of an ATDS. This was the document that ushered in the era of truly enormous TCPA class actions and set the stage for the ATDS definition battles that have defined TCPA litigation up until the present.

Three major ATDS-related decisions in 2018 created an even more chaotic litigatory landscape for TCPA cases. First, the D.C. Circuit’s decision in ACA International v. FCC overturned the aforementioned ATDS definition from the 2015 omnibus, finding it so overly broad that it could potentially render any smartphone to be an autodialer. But the D.C. Circuit did not offer a different interpretation of the definition, instead leaving that up to other Circuit Courts.

Shortly afterward, the Third Circuit’s decision in Dominguez v. Yahoo offered a more narrow, statutory definition that required a system to have the present capacity to both generate and dial numbers either randomly or sequentially. This was followed by the Ninth Circuit’s decision in Marks v. Crunch San Diego, which interpreted the ATDS definition much more broadly. The Marks precedent essentially defined an ATDS as any device that has the capacity to automatically dial numbers that are stored in a list.

Different District and Circuit Courts followed these two general ATDS definitions, creating a situation in which the TCPA was an enormous litigatory cash cow in some jurisdictions but not in others. This jurisdictional split was not resolved until this year.

Signed into law by President Donald Trump right at the end of 2019, the Pallone-Thune TRACED Act was a major piece of federal legislation designed to address the issues surrounding regulation of robocalls (although it does not define the term “robocall” in its text). However, rather than being crafted as an entirely new piece of legislation, it is instead designed as updates to the text of the TCPA, further enshrining it as the centerpiece of federal telemarketing regulations.

The TCPA, as originally enacted in 1991, contained two statutory exemptions to its ban on autodialed calls: one for calls made for “emergency purposes” and one for calls made with “the prior express consent of the called party.” In 2015, Congress added a third exemption for calls “made solely to collect a debt owed to or guaranteed by the United States.” In May 2016, the American Association of Political Consultants (AAPC), a group representing political and polling organizations, filed suit over this new exemption. The AAPC challenged it on First Amendment grounds, alleging that it creates a content-based restriction on speech.

Eventually the case made its way to the Supreme Court as Barr v. AAPC. In an unusual plurality decision, SCOTUS ruled that the debt exemption was indeed an unconstitutional, content-based restriction on free speech. But rather than invalidating the law as a whole, the court opted to merely sever the debt exemption. This has led to an ongoing lower court split on whether or not the decision renders the entire TCPA unenforceable during the five years in which the debt exemption was in effect.

This is the highly anticipated Supreme Court decision that finally resolved the jurisdictional split on how to interpret the TCPA’s autodialer definition. And, for a moment, it seemed like it would put an end to the era of multimillion-dollar TCPA class actions stemming from autodialer violations. The court’s unanimous opinion adopted a narrow, statutory interpretation of the ATDS definition, holding that “a necessary feature of an autodialer under [the TCPA] is the capacity to use a random or sequential number generator to either store or produce phone numbers to be called.” However, as clear as that statement may seem, certain ambiguities in the footnotes have allowed some plaintiffs to continue to pursue big paydays in the hopes that lower courts will accept convoluted interpretations of why the autodialer restrictions should still be broadly applicable.

Of course, some devices do genuinely qualify as autodialers. And the TCPA has other provisions besides the autodialer restrictions. Additionally, the law’s private right of action, uncapped statutory penalties, strict liability provision, and large per-violation penalty structure has started to be replicated in state-level legislation. Telecommunications and marketing have changed over the past three decades, but the TCPA remains alive and well on its 30th birthday. While we don’t want to celebrate it exactly, we do have to acknowledge that it is still here, regulating, 30 years later.