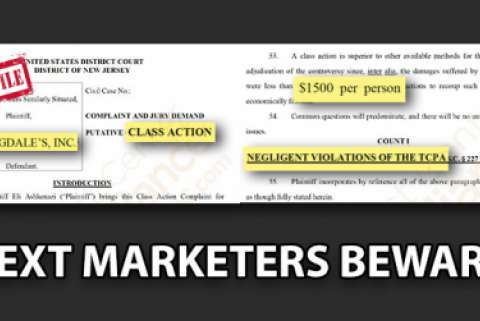 Text marketers beware: you can be sued under the Telephone Consumer Protection Act (TCPA) for sending marketing text messages, even if recipients have opted in to your loyalty program.

Summary: Bloomingdale’s inadvertently violated TCPA laws by sending out promotional text messages to people who had opted into their "Loyalist Program", but hadn’t specifically agreed to receive promotional or marketing text messages from the retailer.

These customers opted-in to a loyalty program, so what’s the problem?

The issue is consent. According to the June 2015 complaint, Bloomingdale's didn’t advise the "Loyalist Program" participants "in any fashion" that it would send promotional texts, nor did it’s program ask registrants to sign or otherwise give their "prior express written consent" to receive telemarketing texts.

Text Message Marketing and the TCPA

Marketers, especially those using newer omnichannel means to connect with consumers, like text message marketing, may not be aware that their promotional texts are treated just like calls under the TCPA. Marketing is defined broadly under the law. To be TCPA compliant, you must get the consumer’s prior express written consent and using proper opt-in and opt-out language in the actual messages.

TCPA consent rules define express written consent as "an agreement in writing, bearing the signature of the person called that clearly authorizes the seller to deliver or cause to be delivered to the personal called advertisements or telemarketing messages using an automated dialing system or an artificial or prerecorded voice and the telephone number to which the signatory authorizes such advertisements or telemarketing messages to be delivered."

Prior Express Written Consent is Required for:

Back to Bloomingdale’s Case

Bloomingdale's denied wrongdoing and liability, but chose to settle this TCPA class action lawsuit to avoid the risk of potentially staggering damages and hundreds of thousands of dollars in legal fees. With statutory damages of $500 -$1,500 per text plus litigation fees, many companies feel that the "safest" thing to do is settle when faced with a TCPA class action. This is exactly what Bloomingdale’s did. A New Jersey federal judge has preliminarily approved a $1.4 million settlement between Bloomingdale’s Inc. and customers who allege they received the unsolicited text messages. The proposed settlement fund consists of $750,000 in cash and $650,000 in vouchers good for Bloomingdale's merchandise.

The real "winners" in this case are the litigators who will receive $450,000 of the $750,000 fund in attorneys' fees and costs. Class members of the lawsuit would be able to choose between a $25 check or a $50 voucher. The lead plaintiff, Eli Ashkenazi, will also receive a $10,000 incentive award. That’s quite a payoff for the litigators.

The attorneys in this case have sued companies under the TCPA before and will be involved in another case before you know it. This is their business model. Known as "lawsuit mills", these firms file TCPA class action lawsuits against legitimate businesses for trivial "loophole" violations and hope they settle. In fact, one of the firms who brought the Bloomingdale's suit forward is amongst the most prolific offenders in our view, having filed more than 2,400 TCPA related cases in Federal court to date.

How Can My Company Avoid This?

So how can you protect your business against costly TCPA lawsuits? What could Bloomingdale’s have done differently?

1. Marketers need to understand the channels on which they are sending telemarketing messages and the laws governing those channels. Bloomingdales should have run their entire campaign by a TCPA specialist who could have told them that they needed specific opt-in language included in their Loyalist Program that explicitly states that they will be sending telemarketing messages.

3. Text marketing campaigns must include opt-in and opt-out language in the text message to be TCPA compliant (i.e. "Reply ‘STOP’ to opt-out of future messages").

4. Find litigators who may be hiding in your data. Identify known serial TCPA litigators and plaintiffs in your contact lists and weed them out before any inbound or outbound campaign to reduce the risk of being targeted for a TCPA class action lawsuit. If Bloomingdale’s had scrubbed their contact lists for known TCPA litigators, this class-action suit may never have happened at all.

Bottom Line: The gap between the use of technology and the law, as well as the confusing language of the TCPA has created a new model of "lawsuit mill" where serial plaintiffs and litigators are bringing class action and individual lawsuits against marketers of all industries. They may already be hiding in your data. The first (and easiest) line of defense is to identify and remove known TCPA litigators from your contact lists and create each campaign using TCPA compliance best practices. 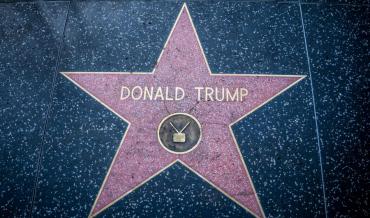 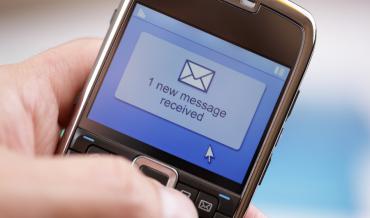 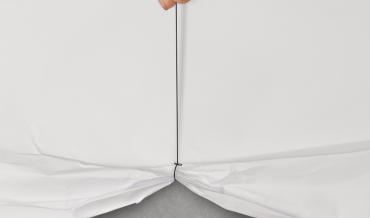