Don’t Be Fooled: How Telemarketers Get Tricked Into Phony TCPA Lawsuits 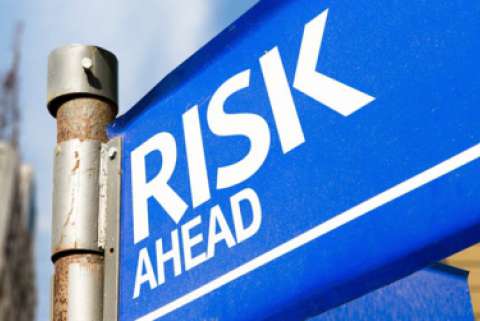 Like a wolf in sheep’s clothing, the new breed of litigator may be hiding in your marketing data. Serial litigators are experienced plaintiffs who know all the tricks to lure a telemarketing business into a TCPA lawsuit; or worse, an even more costly class action. Serial litigators could be anyone, including the person receiving your next marketing call.

When telemarketers speak with them on the phone, serial litigators pretend to be interested and even excited about your products. Don’t be fooled by one of their tricks. Beneath the friendly facade hides their true purpose. They seek to learn more about your business and collect enough evidence to file a lawsuit of alleged TCPA violations against you.

If you have used a third party telemarketing company to help generate business within the last four years, chances are your business has already been exposed to the potential abuse of a serial litigator.

The Court Fight … Can You Really Win?

Many TCPA lawsuits are frivolous or fraudulent, created by ambitions lawyers and predatory plaintiffs to intimate businesses into quick financial settlements. In today’s courts your business may not be arguing to prove your adherence to the best TCPA and DNC compliance practices. In fact, a trial may be the last thing you want, even if you are in the right. As a business owner, you must decide if the satisfaction of proving your innocence in court is worth the financial risk of potentially losing your business or burying it beneath an insurmountable mountain of debt.

The cost for a business to build a solid defense in a class action can be upwards of $500,000. In such cases, even if you win the lawsuit you will have lost the time and money used to build your defense. Worst yet, the debt from court costs may take your business down a path toward financial ruin. Most businesses will weigh the projected court cost against a quick (less costly) settlement and choose the least painful option, regardless of guilt. A settlement is more often the preferred choice.

The TCPA has created a new industry for predatory serial litigators.

A recent example showing just how bad it has gotten can be seen in a pair of recent TCPA class action lawsuits in the California federal courts. They were filed against Marriott International and Gallup Inc. on behalf of Jason Hartley on April 18, 2017.

What makes these two TCPA class action cases unique? Both lawsuits were filed on the same day against two separate unrelated businesses, one law firm filed both lawsuits, and one plaintiff was named as representative of the class in both lawsuits. Could bulk filings become the new norm for serial litigators?

To get the complete picture, below are brief summaries of Mr. Hartley’s allegations against both businesses. Notice the similarities.

Read the complaints filed by Mr. Hartley for both the Marriott Lawsuit and Gallup Lawsuit. You’ll notice the “cookie-cutter” approach used in preparing the documents for this pair of TCPA lawsuits. In fact, many passages read verbatim between the two.

Because the TCPA regulations are very narrowly focused and contain several points of ambiguity, it is easy to file complaints of TCPA violations against any business. This has presented a challenge for the defense in court. It has become common for attorneys to ask the judge to provide additional clarification for the definitions of terms that are not clear in the TCPA regulations in order to dispute the plaintiff’s allegations.

In Mr. Hartley’s lawsuit, his claims of TCPA violations against the two companies share the following themes which are common to most TCPA cases:

Complaints against Marriott and Gallup show that compliance should be a concern to all companies. For now, we watch as these two cases journey through the legal system, but be prepared for the likely settlement that only encourages the next serial litigator to file another complaint with more to follow.

Any business that uses telemarketing must be on alert at all times. You must take precautions that safeguard your businesses against serial litigators and ensure compliance with all TCPA and DNC regulatory standards. Working with a reputable compliance provider that maintains current data on known serial litigators is an invaluable asset for the preemptive removal of predatory plaintiffs before beginning your next telemarketing campaign. An excellent start is to sign-up for a complimentary compliance audit with Contact Center Compliance. It’s an inexpensive solution to an expensive problem.

TCPA class action filings continue to climb. Since 2011 TCPA lawsuits have risen 500%. In 2016 alone, there were nearly 5,000 TCPA lawsuits. It is a scary number projected increase in the coming years.

Attorneys and judges in TCPA class action lawsuits are well aware of the trend that has created an industry of professional plaintiffs and serial litigators. In a surprise move, defense attorneys are beginning to fight back. The defense has begun to shift their questions toward the motivations behind each plaintiff for filing their lawsuit in the first place.

For a change, the defendant is on the offense against the serial litigator in this recent New Jersey case in the federal court. The attorneys for Comcast, the defendant, are seeking the prior depositions that Mr. Konopca gave in similar TCPA cases. Even though Jan Konopca has filed 31 lawsuits, he has only given his deposition four times. His other cases were quick to settle by defendants seeking to avoid the expense of going to trial.

It is important to note that one of the reasons serial litigators seek a settlement is because they do not want to provide sworn testimony in a deposition for the trial. They know their statements could come back to haunt them when they initiate claims of TCPA violation against another business.

During the hearing, Comcast presented evidence against Mr. Konopca that showed, over a three year period, he had made only 142 outgoing calls from his cell phones. Attention was drawn to the fact that during the same time period, he received nearly 25,000 incoming calls. This detail called into question the true purpose for his cell phones. Recall that the statute of limitations for TCPA claims is four years, which brought up an important question for the court. Was the true intent of Mr. Konopca’s cell phones to receive as many wrong calls as possible over a period of years?

Mr. Konopca stated that he owned three cell phones. Their combined usage caused him to exceed his 1,000-minute-per-month plan, resulting in an extra $96 in charges. Those charges provided him with the legal cause of action against the marketers who called his cell phones.

In one particularly sneaky move, Mr. Konopca had his landline phone number converted into a cell phone number.  Under the TCPA, calls to his landline would NOT give him a cause of action under the TCPA, but calls to a cell phone potentially would. In his defense Mr. Konopca claimed not to be under the direction of any attorneys when he converted that phone number, but did so for the convenience of his elderly mother who was more familiar with using the landline phone number. Such a thoughtful son, don’t you think.

The evidence against him continued to mount. Mr. Konopca assured the court that he was “not motivated by greed” and that his phone history should not cause him to lose legal standing.

Attention then turned toward his past income. Attorneys for Comcast presented evidence that in 2009 Mr. Konopca made less than $30,000 working construction. Though he was later sidelined by a work related injury, he qualified for Social Security disability benefits. Now after filing multiple TCPA lawsuits and receiving settlements in excess of $800,000, he no longer qualifies for those benefits.

The gluttony of serial litigators who use the legal system for their own enrichment is more common than ever before. The TCPA was designed to protect consumers not be an income opportunity for what could be termed legalized extortion.

Big businesses with deep pockets can afford large court settlements or may already have a team of defense attorneys on payroll.  For the rest of us, a low cost alternative can preemptively remove serial litigators from your data before your marketing campaign begins and the first telemarketing call is even made.

LITIGATOR SCRUB®: DON’T BE THE NEXT VICTIM

More important than ever before, you must protect your business from serial litigators who threaten to undermine your legitimate marketing activities. As predatory litigators become more numerous and the financial rewards greater, we enter a new era of legal maneuvers and technological sophistication. That is why it is important to scrub your marketing data of serial litigators on a regular basis, before your next telemarketing campaign.

Contact Center Compliance’s Litigator Scrub® provides the solution that protects your business from known serial litigators before they serve you with a costly class action lawsuit.

Litigator Scrub®* will clean your marketing data without compromising your lists.

To learn more about these and other compliance services, sign up for a complimentary compliance audit with one of our team members or contact us at support@dnc.com or call us at 866-DNC-LIST (362-5478). 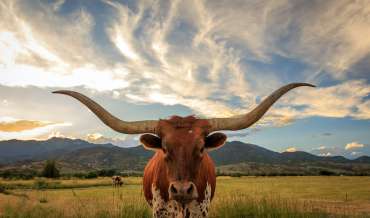 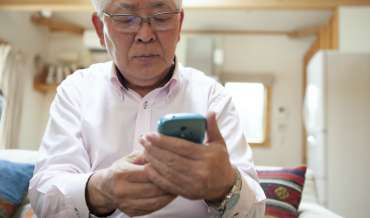 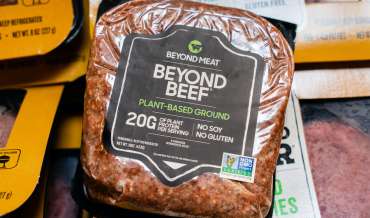