How to Effectively Make Use of Telemarketing Safe Harbor Provisions 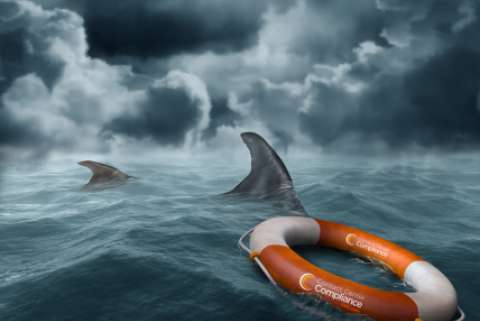 According to Cornell Law School’s Legal Information Institute, a “Safe Harbor” is “a provision granting protection from liability or penalty if certain conditions are met. A safe harbor provision may be included in statutes or regulations to give peace of mind to good-faith actors who might otherwise violate the law on technicalities beyond their reasonable control.”

In the context of telemarketing, Safe Harbor is often a subject of confusion. This is unfortunate as understanding Safe Harbor and the multilayered rules and statutes that govern it is essential to successful compliance with the Telephone Consumer Protection Act (TCPA), Telemarketing Sales Rule (TSR), and both state and federal Do Not Call (DNC) Lists.

This article will explain these Safe Harbors and offer recommendations about precautions marketers can take.

The federal government’s National Do Not Call Registry is managed by the Federal Trade Commission (FTC) under the auspices of the Telemarketing Sales Rule. Within that regulatory framework, there are best practices guidelines that, when paired with supporting documentation, allow for the possibility of claiming Safe Harbor.

As a legal defense, this Safe Harbor helps to protect companies from inadvertent mistakes that violate DNC rules. It provides a defense against consumer allegations by allowing the calling party to offer proof that they had followed those best practices as defined under the TSR.

In order to invoke a Safe Harbor defense, a telemarketer is required to provide documentation of the following:

The TSR Safe Harbor also has another key aspect: the 3% call abandonment rule. Under the TSR, it is illegal for telemarketers to abandon any outbound call—with an abandoned call being defined as a call that does not connect the consumer to a sales representative within two seconds of the consumer answering the phone. But the TSR also makes some allowances for predictive dialers, which necessarily have a certain amount of abandoned calls because of how they operate.

The FTC’s website explains that the conditions under which a caller would be eligible to claim this Safe Harbor are if the caller:

If a call is picked up by an answering machine or voicemail service, then the message that a caller leaves must include a toll-free number that can connect the consumer to an automated opt-out mechanism, which must be available “24/7” for the duration of the calling campaign.

Declared by the FCC in 2004, the Ported Wireless Numbers Safe Harbor established a limited Safe Harbor on calls placed to wireless numbers using an ATDS or prerecorded voice when that number was recently ported from wireline service to wireless service. Companies placing autodialed calls or using a prerecorded message to call wireless numbers have 15 days from the time that number was ported from wireline to wireless, provided that number is not already on the national Do Not Call Registry or that company’s internal Do Not Call. This Safe Harbor works in conjunction with the aforementioned 31 day DNC Safe Harbor.

This Safe Harbor does not extend to erroneous calls and of course, will not absolve any company of a willful violation.

The FCC’s 2015 TCPA Omnibus Declaratory Ruling and Order established a one-call Safe Harbor for reassigned phone numbers. This Safe Harbor applied to situations in which callers mistakenly called a phone number for which they had previously received consent but had since been reassigned to another person. Because consent is tied to the called party and not the phone number, the phone call in this situation would be considered a violation. In order to provide some protection to good faith telemarketers who encountered these circumstances, the FCC adopted a rule whereby callers were allowed to make one phone call to a phone number that had been reassigned without being held liable for a violation—whether or not the call resulted in the caller being informed of the number’s reassignment.

In 2018, the D.C. Circuit court’s ruling in ACA International v. FCC struck down this Safe Harbor. Finding it “arbitrary and capricious,” the court did away with the rule because the FCC did not offer any argument for why a caller should be held liable if it had no reason to be aware of the number’s reassignment. Indeed, the rule worked such that the Safe Harbor was exhausted after one call even if the call was not answered. Unfortunately, the court did not offer any remedy for how this situation should be handled. So, rather than a flawed TCPA Safe Harbor for reassigned numbers, there is no Safe Harbor at all.

In December 2018, the FCC announced a plan to create a reassigned number database. Callers would be able to scrub their number lists against this database in order to remove any numbers that have been reassigned to new users, thus decreasing the possibility of incurring TCPA violations by calling these new users.

Included in this plan is a new Safe Harbor rule for dealing with reassigned numbers, replacing the old one-call rule that had been vacated by the ACA International ruling. With documentation requirements similar to what is described above for the National DNC Safe Harbor, callers are able to claim Safe Harbor for any reassigned numbers that they have dialed as long as they have scrubbed their numbers lists against the FCC database within the previous 30 days.

This Safe Harbor rule became effective with the implementation of the reassigned number database on November 1, 2021. Please note that the Reassigned Number Safe Harbor only protects callers against errors in the database and not against their own errors in using the database.

In late 2018—after the ACA International decision that had vacated the old, one-call Safe Harbor rule—a Minnesota district court actually allowed a financial institution to claim Safe Harbor against multiple alleged TCPA violations stemming from calls to a reassigned number.

State-level telemarketing statutes may also have Safe Harbor provisions. While most states follow models of the federal Safe Harbor rules, many do not. Telemarketers should carefully explore local law to be safe.

There is clear value in abiding by the general Safe Harbor policies and procedures:

Beyond serving as the grounds for potential Safe Harbor defense strategies, these sorts of precautions are a key component of a good best practices policy, alongside other procedures such as:

Is there a one-call Safe Harbor?

How do I claim Safe Harbor?

Invoking any of the aforementioned Safe Harbors as a legal defense generally requires providing evidence that employees have been properly trained, that certain policies and procedures are being followed, and that DNC list compliance is being implemented.

Are these Safe Harbors guaranteed?

While you should adhere to the proper procedures in order to have the option of claiming Safe Harbor, there is no guarantee that a Safe Harbor defense would be successful. Safe Harbors are only one part of a solid compliance strategy.