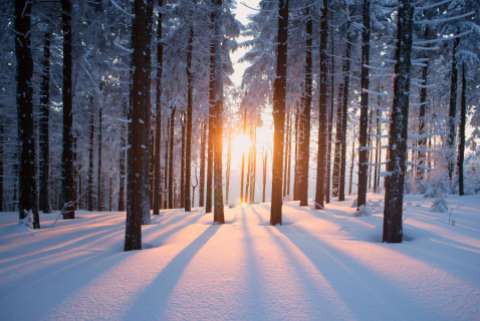 "It is deep January. The sky is hard. The stalks are firmly rooted in ice."
—Wallace Stevens

A month into 2022 and the courts have already been busy with notable Telephone Consumer Act (TCPA) cases. While the litigation landscape this year is does not yet seem as high-stakes as the Facebook- and Barr-influenced previous two years, there are still important cases to examine. Serial plaintiffs are still active, the footnotes of the Facebook decision are still being parsed, and faxers are still being sued for TCPA violations. Let’s examine some particularly notable case studies from the month of January.

2022 is an election year, albeit a midterm election year. That means that political campaigns will be availing themselves of robocalls, robotexts, and any other telephonic outreach methods. But multiple cases this month remind us that political campaigns are not free of TCPA risks. In one case, a Kansas woman sued the DNC—that is the Democratic National Committee, not us here at DNC.com—for 120 unsolicited text messages that she received during the 2020 election season. She won a $60,000 dollar judgement largely because the DNC did not even show up to defend themselves. This case has an additional, odd aspect: the plaintiff claimed that the bevy of text messages made it so that she was unable to make an “urgently needed phone call” to a cancer patient whom she was treating with herbal remedies. The patient died. While the mechanics of how text messages left the plaintiff unable to make a call (and what this unfortunate death has to do with the TCPA) are unclear, the failure of the DNC to even attempt a defense made this any easy ruling for the court—pending a potential appeal, of course.

The Republican National Committee fared much better in their January TCPA court ruling. In that case, the plaintiff dropped his previous allegations of automatic telephone dialing system (ATDS) violations, likely due to the Facebook ruling. He attempted to replace those with Do Not Call (DNC) List violations—a common tactic post-Facebook. But political calls are exempt from the DNC List.

The third political case study from January is interesting because it does not involve campaign messages but instead stems from prerecorded calls made by retiring Congresswoman Jackie Speier to alert her constituents about town hall meetings. As long as Speier does not repeat the DNC’s mistake of not offering a defense, the plaintiff’s claims unlikely to succeed, due to a number of different exemptions allowed to government officials.

Eric Troutman at TCPAWorld covered two different cases this month that relate to an interesting question: what happens to TCPA liability when the company that committed the alleged violations no longer exists?

One case involved a company that purchased a website for a business that had previously committed TCPA violations. The plaintiff alleged that the new owners should be held both directly and vicariously liable for these violations that occurred before they owned the website. The district court did not find this argument compelling and ruled against the plaintiff.

The other case involved owners who attempted to avoid liability for alleged TCPA violations by dissolving the company entirely. Unfortunately for them, precedent allows for corporate officers to be held individually liable for TCPA violations. That is exactly the tactic used by the plaintiff in this case and the court allowed it, ruling against a motion to dismiss by the defendants.

Calls About Free Services May Be Telephone Solicitations

TCPA fax cases often turn on questions about whether or not offers of free services constitute advertisements for TCPA purposes. Earlier this month, a New Jersey District Court ruled on a similar issue relating to voice calls. The case—Fiorarancio v. WellCare Health Plans, Inc.—centers on allegations that the defendant placed 20 calls to the plaintiff without his consent and despite the fact that his phone number is on the DNC List. These calls related to free services offered by the defendant in relation to insurance plans that it offers.

The defendant attempted to argue that these did not constitute “telephone solicitations” because they did not explicitly sell anything and merely offered information about free services. The plaintiff countered that these free services effectively served as a pretext to a commercial transaction, and thus were telephone solicitations. The court ruled in favor of the plaintiff, writing that, “while Defendant’s messages may have been informational on their face, it is plausible that they were part of a larger marketing, or profit-seeking, scheme and, as such, fall within the TCPA’s prohibition” on telephone solicitations.