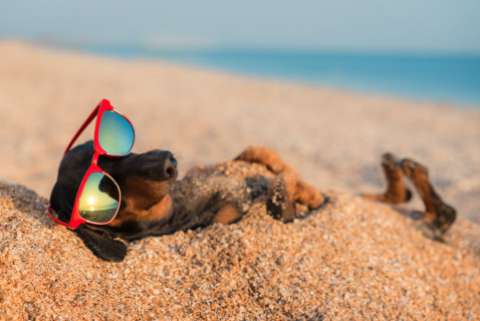 As we enter a new month, it’s time to look back at some important marketing compliance news from the past month.

It’s easy to forget with everything that has happened in the intervening time, but we are approaching the two-year anniversary of the Supreme Court’s decision in Barr v. American Association of Political Consultants. That decision declared that the Telephone Consumer Protection Act’s (TCPA) exemption for calls to collect on government-owed debt was unconstitutional and severed it from the law, upholding the rest of the TCPA. In the months that followed, a District Court in Louisiana ruled in Creasy v. Charter Communications that this retroactively made the entire TCPA unconstitutional and unenforceable for the 5 years between 2015 and 2020 when the debt exemption was in effect. Some other District Courts followed suit. But the majority of District and Circuit Courts to rule on this issue arrived at the opposite conclusion, finding TCPA claims from 2015 to 2020 to still be enforceable, despite the presence of the unconstitutional exemption during that time span.

Two rulings in District Courts in Texas this month maintained this arrangement. The Northern District of Texas’s ruling Williamson v. Irvine K. Motor Co. rejects the Creasy standard while the Eastern District of Texas’s ruling in Bennett v. Veterans Aid PAC upholds it. The likelihood is that the Creasy standard will not last long term and TCPA claims from 2015 to 2020 will remain enforceable. But for now, in Texas, there is still a jurisdictional split on this issue.

Court Rules That AI Textbot Is Not an ATDS

One of the more interesting, open regulatory questions about dialing technology was whether artificial intelligence-powered textbots should be regulated as automatic telephone dialing systems (ATDS). Following the Supreme Court’s decision last year in Facebook v. Duguid, it seemed unlikely that such technology would fit the narrower, statutory ATDS definition that the court put forth. A District Court ruling in Nevada confirmed this likelihood, ruling in DeMesa v. Treasure Island that a Las Vegas hotel’s textbot did not fit SCOTUS’s definition of an ATDS as a device that has “the capacity to use a random or sequential number generator to either store or produce phone numbers to be called.”

Another important, ongoing story is the litigation under Florida’s mini-TCPA law. The sunshine state has seen class actions filed and individual lawsuits settled due to alleged violations of the state’s vague, expansive prohibitions on the use of autodialers. But on June 13, there was the first known settlement of a class action under the mini-TCPA. The details of the settlement in Alvarez v. Sunshine Life & Health Advisors have yet to be made public but once they are, it will offer a clue as to just how dangerous this new law can be for callers.

Federal Communications Commission (FCC) Chair Jessica Rosenworcel has made it a priority to work with state Attorneys General in efforts to combat illegal robocalls. The FCC has signed memoranda of understanding to that effect with the Attorneys General at least 34 states and now some of those state-level officials are showing their commitment to those efforts.

As an example of such actions, Ohio Attorney General Dave Yost sent warning letters to ten VoIP providers that provide service to residents of his state. These letters inform the providers that they may be transmitting calls from robocallers that violate both state and federal laws and promise penalties if those calls continue to be transmitted.