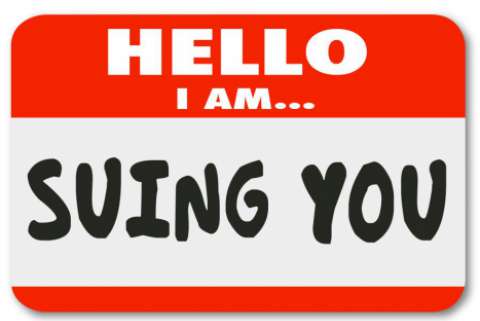 Litigation under the Telephone Consumer Protection Act (TCPA) generally targets companies, whether that means telemarketing companies or the sellers that hire them. But there is a legal precedent for TCPA complaints—and the potentially expensive penalties that go with them—to be filed against employees and corporate officers under a theory of individual liability. These individual liability lawsuits are a particularly dangerous and punitive aspect of TCPA regulations.

For decades, courts have agreed that the TCPA’s language allows for personal liability for corporate officers. The key ruling setting the standard for personal liability in these cases is the Western District of Texas Court’s 2001 ruling in Texas vs. American Blast Fax, Inc. In its ruling, the court set forth the precedent that “an officer may be personally liable under the TCPA if he had direct, personal participation in or personally authorized the conduct found to have violated the statute and was not merely tangentially involved.” These two standards of “direct, personal participation” or personally authorizing the violating conduct generally remain at the heart of most personal liability TCPA complaints. But, as with many other aspects of TCPA litigation, the specific applicability of this standard varies wildly between jurisdictions and from case to case.

Sometimes plaintiffs succeed in these personal liability TCPA complaints, sometimes they do not. Here are examples of each outcome.

In 2009, Gulf Coast Collections Bureau allegedly made autodialed calls to Mark Mais’s phone in order to collect on an unpaid medical debt of $49.03. In the TCPA lawsuit that Mais filed over these calls, Mais v. Gulf Coast Collection Bureau, Inc., he named Jack W. Brown III, a vice president and partial owner of Gulf Coast, as a defendant under a theory of personal liability. The plaintiff claimed that Brown was the person who "control[led] the policies and practices of [Gulf Coast] regarding the TCPA and [who] authorized those policies and practices complained of herein." The District Court acknowledged that individuals can be held personally liable under the TCPA but did not find the facts of the case to meet the necessary standards, writing:

“In this Court's view, personal liability should be the exception rather than the rule and should require something more than mere control and authority over policies and practices that happen to violate the law. Some showing of intentional misconduct or gross failure to implement policies that comply should be required. To the extent that the above-cited decisions would impose liability upon a lesser showing, this Court rejects them.”

On January 5, 2006, Tax Connection World sent an unsolicited fax message from Jackson’s Five Star Catering in violation of the TCPA. The caterer brought a class action— over this fax and 5,000 other, similar faxes that they alleged were sent by the defendant on that day. Jackson Catering alleged that John R. Beason, an owner and officer of Tax Connection World, directly participated in the fax campaign and named him as a defendant. The District Court in Michigan ruled in Jackson's Five Star Catering, Inc. v. Beason in 2013 that Beason was indeed personally liable due to the fact that he personally paid for and authorized the TCPA-violating faxed advertisements, writing: “In this case, the Defendants authorized and paid for the advertisement to be faxed to thousands of recipients. As the senders, they are responsible for these faxes.”

What Is the Purpose of Personal Liability Claims?

As with many things related to the TCPA, the possibility of corporate officers being held personally liable is a provision that may have been well-intentioned in its formation but has mostly been used in deeply unfair ways. An enforcement mechanism that may be well suited to judicious use by government regulators—such as with the Federal Communications Commission’s (FCC) $225 million fine against two individuals who used multiple businesses to enact health insurance scams through the use of robocalls—instead becomes yet another tool for predatory litigators.

Back in early 2020, Eric Troutman at TCPAWorld discussed a case—Montelongo v. My Fin. Solutions LLC— in which a TCPA lawsuit against a call center named a call center employee and the corporate officer responsible for internal investigations of TCPA complaints as personally liable for the alleged violations. Troutman’s entire analysis is worth reading, but it is worth highlighting his conclusion, which is as cogent as it is irreverent:

“The take away here is as scary as they come: Courts continue to allow TCPA cases to proceed against individual defendants who act in their corporate capacity where there is direct involvement in the injury-producing acts–even if that involvement includes a purported failure of oversight. Obviously this is a terrible and unfair rule (in my opinion) and the extortionist (IMO) tactic of adding a low-level call center employee—who was in all likelihood just doing as he/she was told— to litigation in a bid to extract a settlement from a Defendant is a [bush] league tactic of the worst variety (again IMO).”

TCPA litigation can often take the form of plaintiffs and litigators setting traps and using tricks to push for a settlement. The use of personal liability for corporate officers is one of the most dangerous such tricks. The risk of personal liability further emphasizes the importance for marketers of ensuring that their businesses are TCPA compliant.