Telemarketing and the Cannabis Industry 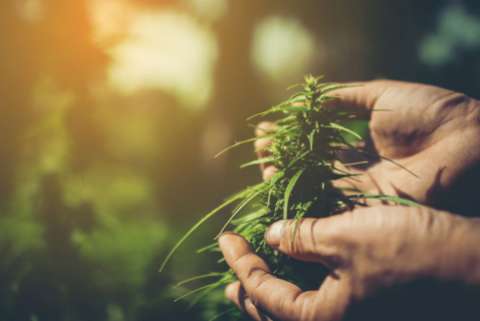 Peter Tosh sang, “Legalize it, don’t criticize it.” In the United States, over the last few years, there has been, indeed, an ongoing process of legalizing “it”—with “it” meaning the use of marijuana for medical or recreational purposes. However, this emerging industry has found itself facing another legal hurdle, one relating specifically to its marketing practices: the Telephone Consumer Protection Act (TCPA).

Recreational marijuana use has been legalized in 17 states , the District of Columbia, and two United States Territories, and medical marijuana use has been decriminalized to one extent or another in more than 20 additional states and territories. But marijuana is still classified as schedule I substance under the Controlled Substances Act of 1970 and is illegal for any purpose at the federal level.

The legality of the cannabis industry varies wildly from state to state, and even between localities within individual states. Many cannabis companies spend considerable time and resources navigating this confusing legal and regulatory landscape. However, they often fail to understand another risky, similarly complex legal infrastructure: the world of telemarketing regulations. And the litigators are aware of this vulnerability, with the number of TCPA lawsuits against cannabis companies increasing noticeably over the past two years.

As members of a brand new field that has only started to emerge as a legitimate industry over the last few years, cannabis businesses face the unique challenge of building customer bases from scratch. Telemarketing is an important strategy that many cannabis companies use in this endeavor. And while it is certainly a valuable tool for customer outreach, it is also fraught with an ever-changing set of risks.

However, the Supreme Court’s decision on April 1, 2021 in Facebook v. Duguid has changed the nature of that particular risk. While sending marketing texts and making marketing calls via an automatic telephone dialing system (ATDS) without prior express written consent is still prohibited, the interpretation of the TCPA’s definition of an ATDS has narrowed considerably. The ultimate impact of this decision remains to be worked out by the lower courts, the Federal Communications Commission (FCC), and possibly even Congress. However, it is likely that, for now, most texting systems do not qualify as autodialers.

This does not mean that cannabis companies can simply begin texting anybody and everybody. It is entirely possible that some legislative or regulatory changes could reclassify texting systems as autodialers under the TCPA. It is also possible that the lower courts will interpret SCOTUS’s ruling in unforeseen ways. In fact, the first District Court case to cite the Facebook decision was a complaint against a cannabis company in which the court refused to dismiss ATDS allegations at the pleadings stage. Additionally, any cannabis companies marketing their wares by means of dialing methods that are still squarely within the ATDS definition—such as prerecorded voice and ringless voicemail—face the exact same risks as they did before the Facebook decision.

SCOTUS’s ruling also puts greater emphasis on state-level telemarketing laws. Multiple states have their own restrictions on marketing to wireless numbers and text messaging. Florida may also soon pass a new state-level telemarketing law that is very closely modeled on the TCPA, including its private right of action and $500-per-violation fee structure. This is particularly important for cannabis companies because their very legality only exists at the state level. An increased litigatory focus on state telemarketing laws could heavily target cannabis companies.

While the world of telemarketing regulations may be in a state of flux, the best way that cannabis business can protect themselves from potential violations remains unchanged: obtaining consent before sending marketing messages.

As defined by the FCC, prior express written consent is a written agreement between the caller and the receiver of the call that clearly authorizes the caller, among other things, to deliver “advertisements or telemarketing messages using an automatic telephone dialing system or an artificial pre-recorded voice.” This type of consent must specify the phone number to be called and must also include the receiver’s written or electronic signature, which may be a signed piece of paper, or simply a button press affirming the agreement. You must also disclose that consent is not a condition of purchase.

Consent is associated with the called party, not the phone number. If a phone number is reassigned from one person to another, any consent previously acquired for that number becomes invalid, and any calls made to that number could be TCPA violations. Any company that makes a significant volume of marketing calls will need a strategy for dealing with reassigned numbers and their associated risks.

All three of the major phone carriers—AT&T, Verizon, and T-Mobile—have begun preventing SMS messages from being delivered by cannabis companies. As a result, numerous SMS providers have begun terminating the accounts of cannabis companies. This appears to have begun in the last two months. While the phone carriers themselves have not officially announced or explained any policy changes, some downstream platforms have.

Twilio, the cloud communications platform, explains in its messaging policy that messages relating to cannabis fall under the category of disallowed content:

“Messages related to cannabis are not allowed in the United States as federal laws prohibit its sale, even though some states have legalized it. Similarly, messages related to CBD are not permissible in the United States, as certain states prohibit its sale. Twilio defines a cannabis message as any message which relates to the marketing or sale of a cannabis product, regardless of whether or not those messages explicitly contain cannabis terms, images, or links to cannabis websites.”

Leafly, a cannabis website, posted a message to its readers explaining that it would have to suspend its own SMS campaigns on April 29 due to its SMS platform cancelling its account. The National Cannabis Industry Association, a trade organization representing the interests of the cannabis industry, has also posted information about this new problem.

What is particularly difficult about these policy changes is that they affect informational, delivery, and service-related messages as well as marketing messages. And the telecom carriers make no exception for consented or even consumer-requested messages. It is difficult to know what to make of these changes and cannabis businesses will likely have to find some creative ways to circumvent communication obstacles. But it’s important that, whatever new strategies cannabis businesses implement, they do not put themselves in a position to unwittingly commit costly violations of telemarketing regulations.

Don’t Call Known Litigators and Serial Plaintiffs
The easiest way to avoid a lawsuit is to not contact the people who are most likely to sue. TCPA litigators and professional plaintiffs infiltrate your data by filling forms on your lead generation websites and finding ways to get independent agents to contact them. The best defense is to remove these predatory individuals from all calling lists before reaching out.

Suppress Numbers Against the Do Not Call List
Telemarketers are required to suppress phone numbers on the National Do Not Call (DNC) Registry. Some states have their own local DNC lists as well, in addition to the federal list. This takes on increasing urgency since the Supreme Court’s Facebook v. Duguid decision, as litigators have begun to focus more on DNC violations in the absence of ATDS claims.

Check for Reassigned Numbers
With approximately 100,000 mobile phone numbers reassigned by wireless carriers every day, it is absolutely essential to check your data for reassigned numbers. Phone numbers may change, but the risk of TCPA liability is inevitable.

Get a Third Party Compliance Provider
When you’re in a high-risk category like the cannabis industry, it is not enough to just have legal counsel. It is critical to have a TCPA compliance provider on your side. You will save money, headaches and prevent brand damage. A quality compliance provider could help you ensure that any new consumer outreach policy is compliant.