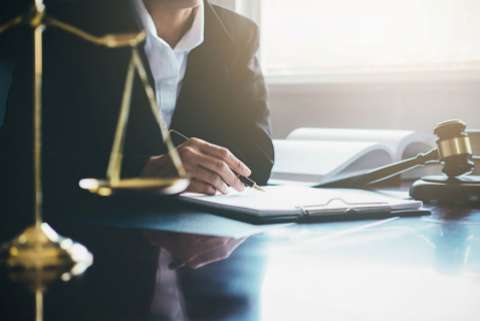 It has been three months since the Supreme Court’s monumental ruling in Facebook v. Duguid. Just as we did at the one month mark, we will examine some of the notable, recent Telephone Consumer Protection Act (TCPA) cases in order to discern the notable trends in TCPA litigation.

The Facebook decision centered on setting a nationwide standard for the narrow interpretation of the TCPA’s ATDS definition. Of course, there are some ambiguities, particularly regarding footnote 7. As a result, the most notable TCPA cases relate to ATDS allegations.

This case illustrates the sorts of benefits afforded to callers as the result of the Facebook decision. The defendant in this case is a security company that, among other things, sends text alerts to business owners when their alarm systems are triggered. The plaintiff alleged that, as a former employee of one such business, he received such methods without his consent, thus violating the TCPA’s restrictions on the use of autodialers. However, the messages themselves were triggered text alerts and thus not sent from an ATDS, according to the Facebook decision. The plaintiff’s argument that the messages being sent “automatically” does not fit with SCOTUS definition of an autodialer as a device that has “the capacity to use a random or sequential number generator to either store or produce phone numbers to be called.”

This case would be a minor counterpoint to the previous one in that the District Court allowed an ATDS complaint to survive the pleadings stage. The court reasoned that “[a]s a practical matter, no plaintiff will have personal knowledge of the defendant’s telephone system at the pleadings stage. Only the defendant has that knowledge. However, Plaintiff has pled enough facts to proceed with discovery, at which time she will have the opportunity to discover the precise technology that was used at the time of the alleged violation(s).” While it is frustrating that a plaintiff’s mere allegations would be enough to allow the case to proceed, it is entirely possible, and perhaps likely, that the defendant will eventually prevail unless the plaintiff can offer some proof that random or sequential number generation was used in the dialing sequence.

In this case, the court did not accept the plaintiff’s interpretation of footnote 7 of Facebook such that using a random number generator in choosing which numbers to dial from a list should render a system to be an ATDS. Instead, the court found that “the platform only contacts phone numbers specifically provided by consumers… and not phone numbers identified in a random or sequential fashion.” An additional, interesting note regarding this case is the defendant is the maker of an app that helps consumers automatically file lawsuits against robocallers.

This case is a less favorable one for callers. The District Court in this case interpreted footnote 7 in such a way that a LiveVox predictive dialer could be considered an ATDS if it “involved the actual use of a random or sequential generator” to choose numbers from a prepared list. The court did not ultimately decide on this issue and would have allowed the decision to rest with a jury if not for the fact that the case was dismissed due to an unrelated issue regarding revocation of consent.

This is another case involving footnote 7 and a LiveVox predictive dialer. In this case, the court ruled in favor of the plaintiff and entered judgment that the predictive dialer at issue did qualify as an ATDS. However, it seems likely that this result came less from a shockingly broad reading of footnote 7 and more from a factually incorrect assertion from the defendant that the system was an ATDS. While this is not a welcome result, the fact that it came from a trial mistake on the part of the defendant hopefully means it will not set any significant precedents.

All of these cases have only proceeded as far as the District Court level. There have not yet been any significant, precedent-setting, post-Facebook decisions from Circuit Courts. But these cases still demonstrate that TCPA’s ATDS restrictions still possess some uncertainty and risk for callers even after the Supreme Court adopted the narrow interpretation of the ATDS definition.