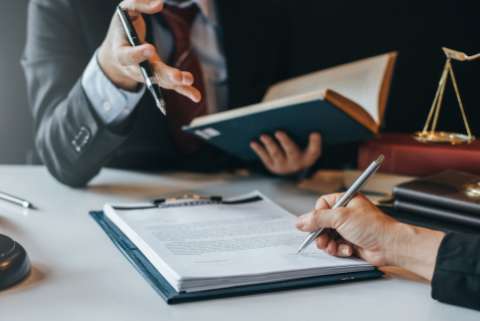 April began with the Supreme Court’s bombshell ruling in Facebook v. Duguid. At the close of the month, let’s examine the fallout of that decision.

A brief recap of the Facebook decision: SCOTUS sided with Facebook, setting a nationwide precedent for the narrow interpretation of the Telephone Consumer Protection Act’s (TCPA) definition of an automatic telephone dialing system (ATDS). While this effectively closed off one of the most frequent avenues for TCPA litigation, it did not halt that litigation altogether. In fact, according to TCPAWorld’s Eric J. Troutman, the volume of TCPA complaints in the two weeks following the April 1 Facebook decision was fairly similar to the pre-Facebook peak.

While some post-Facebook TCPA complaints have been claims of ATDS violations that were dismissed by District Courts due to SCOTUS’s ruling, others have been allowed to proceed. Within the cases that have proceeded, there are two general trends: cases in which alleged Do Not Call (DNC) list violations seem to have been swapped in for alleged ATDS violations; and cases in which the plaintiffs are attempting to use ambiguities in the Facebook ruling to allow for alleged ATDS violations. The following sections detail some notable examples of each type of case.

Schultz v. Paup
The plaintiff filed a class action complaint against a real estate broker for sending unsolicited and non-consented text messages. But rather than alleging an ATDS violation, the complaint alleges DNC violations. This was one of the first TCPA complaints to follow this model.

Kapinos v. On Point Services
This is another case in which the plaintiff is pursuing a TCPA class action based on DNC violations rather than ATDS violations. This complaint contains the added wrinkle of alleged violations of the company-specific, internal DNC list.

Lang v. Colonial Penn Life Insurance
This is yet another TCPA class action in which DNC violations are alleged when ATDS violations would have been alleged previously. This case also includes possible vicarious liability issues.

Peterssen v. Royal United Mortgage LLC
This TCPA class action also alleges DNC violations but what is particularly notable is that the calls at issue appear to have been remarketing calls to an aged lead. This is a good example of how a shift from ATDS claims to DNC claims could require different points of emphasis for compliance. The complaint also includes examples of consumer reviews on websites such as Yelp, Facebook, and the Better Business Bureau alleging that the defendant has repeatedly made calls that annoy consumers and possibly defy telemarketing regulations. This is a clear example of how much a caller’s reputation matters and how a bad reputation can feed into litigation.

Montanez v. Future Vision Brank Bank, LLC
This TCPA complaint does still allege ATDS violations, with the plaintiff arguing that the device used to dial meets the definition of an ATDS post-Facebook. While it remains to be seen whether or not the plaintiff is able to successfully argue this point, it is notable that the court allowed the claim to survive the pleadings stage. This case demonstrates how ATDS claims can still cause hassles for callers, even if they are likely to ultimately prevail in court.

Bell v. Portfolio Recovery Assocs.
This is another post-Facebook TCPA complaint in which the plaintiff still alleges ATDS violations. This one could be particularly important as the plaintiff is alleging that the ambiguity in footnote 7 of the Facebook decision should allow the plaintiff to claim that a predictive dialer is an ATDS. The court has allowed additional discovery about the capabilities of the predictive dialer at issue in this case.  Predictive dialers are widely used dialing equipment and, if some court jurisdictions consider them to meet the definition of an ATDS, ATDS-based class actions could still be a potential source of enormous risk.

All of these cases are still being heard at the District Court level and it may be some time before any reach the Circuit Courts. But the world of telemarketing compliance was bound to change in the wake of Facebook v. Duguid and these cases give some guidance as to what that world may look like in the near future.