TrustCall™ is a real-time monitoring and alerts dashboard that provides actionable intelligence to help you address unwanted call labeling and blocking issues. Proactively monitor the trust reputation of your outposted caller ID and get email notifications when it could directly impact your call deliverability.

Get daily and real-time email alerts. 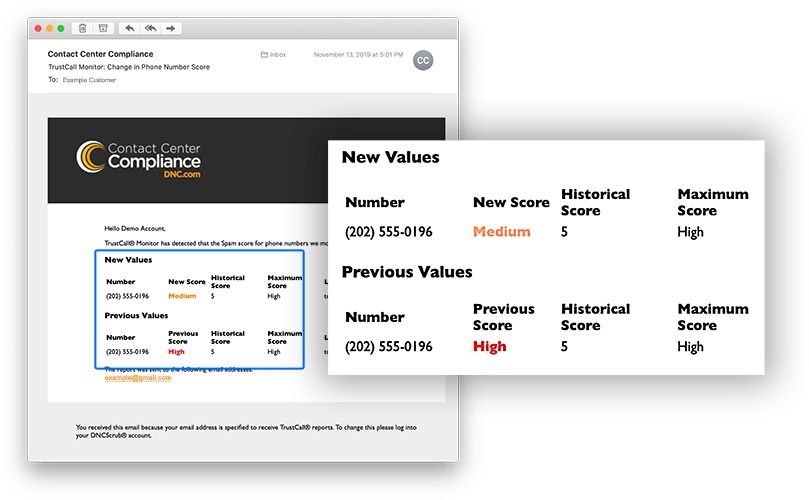 Get actionable insights with the TrustCall™ Monitor dashboard 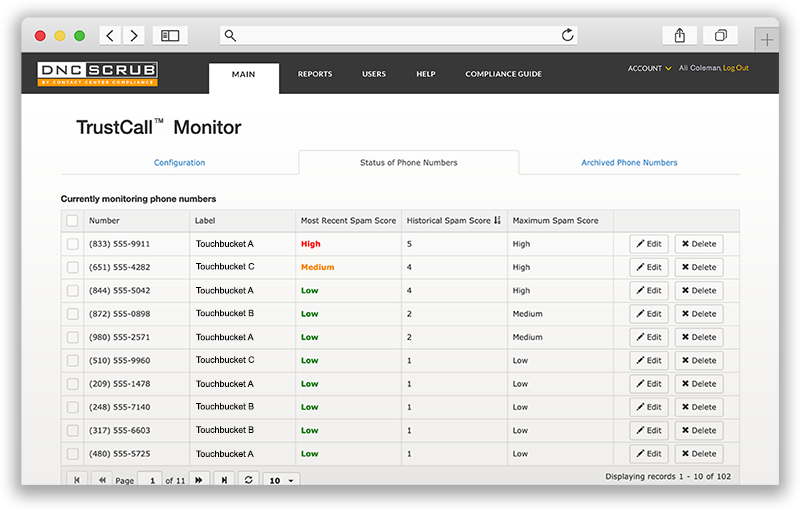 What is SHAKEN/STIR caller id authentication?

SHAKEN/STIR is a suite of protocols and standards for calls that are intended to combat caller ID spoofing. These protocols are being used by telecom providers, in response to federal and state regulations, to serve technological efforts to prevent illegal robocalls.

Telecom providers use STIR/SHAKEN protocols to build call-blocking features to prevent scammers and illegal robocallers from using their networks. However, it is also entirely possible and perhaps even likely that legitimate callers will also have their calls blocked by these features.

Will STIR/SHAKEN affect my call deliverability?

While it is impossible to say for certain how or even whether or not the broad adoption of SHAKEN/STIR will affect any particular caller, it is certain to affect the calling environment as a whole. SHAKEN/STIR, or similar call authentication frameworks, will soon be adopted by every telecom provider, with many already using it. And thanks to The TRACED Act and new, state-level legislation, providers have every incentive to err on the side of blocking calls, even if that means preventing some perfectly legal calls from being connected. Indeed, there is already evidence of how regulatory enforcement efforts against providers who allow illegal robocalls to get through is ensuring that we are in a new era in terms of call deliverability. All legitimate callers would be well served to have a STIR/SHAKEN solution going forward.

When will the FCC STIR/SHAKEN order take effect?

In April 2020, the FCC adopted an order that officially mandates that all phone companies implement STIR/SHAKEN call authentication technology by June 30, 2021. However, many major telecom providers are already implementing call-blocking features based on STIR/SHAKEN.

Are STIR/SHAKEN and SHAKEN/STIR the same thing?

Yes. The acronym refers to two different call authentication protocols that are used together. STIR was developed and named first and, when SHAKEN protocols were developed, they were named as backronym in order to refer to James Bond's martini preferences ("Shaken, not stirred"). Because each half of the acronym actually refers to different protocols, STIR/SHAKEN and SHAKEN/STIR can be used interchangeably.

As for what the acronym actually means, STIR stands for Secure Telephony Identity Revisited while SHAKEN stands for Signature-based Handling of Asserted information using toKENs.