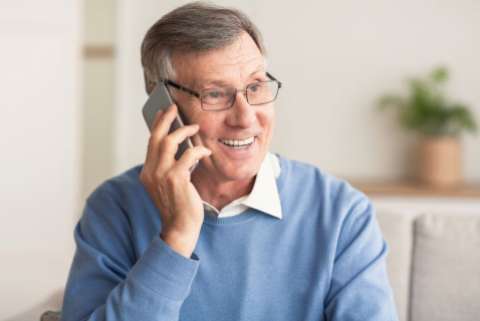 The FCC's reassigned number database will be fully implemented next week. As a result, this article has been updated.

At the time that this blog entry was written, the "one call" rule was a relevant solution to the problem of reassigned numbers. However, in the wake of the D.C. Circuit's 2015 decision in ACA International v. FCC, the "one call" safe harbor no longer applies. This article has since been rewritten to reflect the current safe harbor status of reassigned numbers. For more information about safe harbors, read our thought leadership article on the topic.

Reassigned numbers are a longstanding source of Telephone Consumer Protection Act (TCPA) risk. Because consent is associated with the called party and not the phone number, a caller may mistakenly believe that they have proper consent to contact a particular phone number, not knowing that it has been reassigned to a new user. For a brief period, the Federal Communications Commission (FCC) had offered a safe harbor for reassigned numbers, colloquially known as the “one call” rule solution. However, that safe harbor was vacated by a major court decision and nothing has taken its place.

The Life & Death of the One Call Safe Harbor

The FCC’s 2015 TCPA Omnibus Declaratory Ruling and Order established a one-call safe harbor for reassigned phone numbers. This safe harbor applied to situations in which callers mistakenly called a phone number for which they had previously received consent but had since been reassigned to another person. In order to provide some protection to good faith telemarketers who encountered these circumstances, the FCC adopted a rule whereby callers were allowed to make one phone call to a phone number that had been reassigned without being held liable for a violation—whether or not the call resulted in the caller being informed of the number’s reassignment.

In 2018, the D.C. Circuit court’s ruling in ACA International v. FCC struck down this safe harbor. Finding it “arbitrary and capricious,” the court did away with the rule because the FCC did not offer any argument for why a caller should be held liable if it had no reason to be aware of the number’s reassignment. Indeed, the rule worked such that the safe harbor was exhausted after one call even if the call was not answered. Unfortunately, the court did not offer any remedy for how this situation should be handled. So, rather than a flawed TCPA safe harbor for reassigned numbers, there is no safe harbor at all.

In December 2018, the FCC announced a plan to create a reassigned number database. Callers would be able to scrub their number lists against this database in order to remove any numbers that have been reassigned to new users, thus decreasing the possibility of incurring TCPA violations by calling these new users.

Included in this plan is a new safe harbor rule for dealing with reassigned numbers, replacing the old one-call rule that had been vacated by the ACA International ruling. Callers will be able to claim safe harbor for any reassigned numbers that they have dialed as long as they have scrubbed their numbers lists against the FCC database within the previous 30 days.

This safe harbor rule became effective with the implementation of the reassigned number database on November 1, 2021.

On average, nearly 100,000 mobile phone numbers are reassigned every day.

How long does it take for a disconnected number to be recycled?

Generally telecom providers reassign numbers within 90 days from when they had become deactivated but there is no specific time limit. In certain area codes with high demand for recycled numbers, the reassignment will occur much more quickly.

The TCPA is a strict liability statute, which means that, no, courts will not forgive honest mistakes. They are not allowed to do so. In fact, knowing violations can be trebled.