What a TCPA Lawsuit Can Cost You 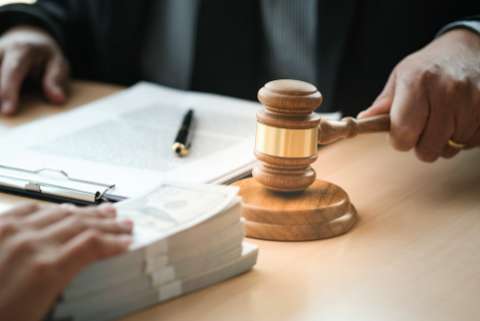 Who stands to bear the costs of a Telephone Consumer Protection Act (TCPA) lawsuit? If you have to ask, the answer is probably, “You do.” Any business that conducts a significant amount of telephone solicitations is at risk of running afoul of the TCPA. Even non-marketing calls can trigger TCPA liability.

The TCPA is a strict liability statute, meaning a violation is not contingent upon fault or criminal intent. Indeed, even unintentional or accidental violations of the TCPA can result in damages up to $500 per call. Intentional violations increase that to up to $1,500 per violation. The TCPA also has uncapped statutory damages, so those $500-per-violation penalties can add up to damages potentially in the tens of millions of dollars.

But perhaps your response to this would be to say, “I am a legitimate business; surely TCPA litigators and plaintiffs are only seeking to pursue legal action against unscrupulous scammers and other illegal operators.” However, the fact is most spam marketers are located overseas and TCPA litigators generally find it not worth the time and effort to go after them. Instead, the TCPA’s strict liability and uncapped statutory damages provide a financial incentive to target legitimate US businesses who conduct telephone solicitations.

The majority of TCPA litigation is pursued through individual lawsuits.

The TCPA contains a private right of action, which means a private individual is legally entitled to enforce the statute, even in small claims court. In fact, Senator Fritz Hollings, who originally sponsored the TCPA in 1991, highlighted this aspect in a speech on the Senate floor, saying, “The … bill contains a private right of action that will make it easier for consumers to recover damages from receiving these computerized calls. … Small claims court or a similar court would allow the consumer to appear before the court without an attorney.” In the early years of TCPA litigation, many federal circuit courts told plaintiffs there was no jurisdiction to hear the cases in federal court. However, in the 21st century, that attitude toward enforcing TCPA litigation through small claims courts has been weakened and, as a result, more individual lawsuits are being filed for large dollar amounts in federal courts.

One New Jersey woman was granted two large TCPA judgments against two different companies in two different federal circuit courts. The first, in 2013, was a $571,000 verdict against a finance company that had called her husband’s phone after she had defaulted on a car loan (the decision was later vacated as part of a confidential settlement). The second, in 2015, was a $229,500 verdict against a cable provider. These two individual lawsuits demonstrate how far TCPA litigation has strayed from Senator Hollings’s expectation that “the amount of damages in the legislation [would be] set to be fair to both the consumer and the telemarketer.”

Class actions constituted more than one third of all TCPA lawsuits according to the U.S. Chamber Institute for Legal Reform’s analysis of TCPA litigation in the 17-month period following the FCC’s July 2015 release of its TCPA Omnibus Declaratory Ruling and Order.

Because they often levy penalties on potentially large volumes of calls to wide putative classes, class actions result in much more costly verdicts. In fact, according to the law firm Womble Bond Dickinson, the average cost of a TCPA class action settlement during the first 10 months of 2018 was $6.6 million. As with individual lawsuits, the costs of hiring defense attorneys often comes in addition to the expenses of verdicts, settlements, or judgments.

In 2017, a Colorado-based satellite TV provider received a $61 million verdict in a TCPA class action for more than 50,000 phone calls placed to more than 18,000 consumers who were on National Do Not Call Registry. Those calls were placed by a vendor hired by the TV provider but a District Court judge found them to be vicariously liable for the willful violations. That same year, the same satellite TV provider was hit with a $280 million penalty from the Federal Trade Commission (FTC) for violations of the Telemarketing Sales Rule (TSR) related to many of the same practices that precipitated the TCPA class action.

In addition to aforementioned easily quantifiable costs such as penalties and legal fees, there are additional ways that TCPA lawsuits can harm your bottom line. While they are not as easily calculated, they are no less real or damaging.

The brand damage that results from a prominent TCPA lawsuits works in at least two different ways. The first is that it generally harms your reputation as a competent, law-abiding company. A high profile TCPA lawsuit could lead your potential customers or peers within your industry to perceive you as a damaged, lawbreaking business, harming your reputation.

The second way that a TCPA lawsuit damages your brand and harms your business is because of specific attributes of the TCPA ecosystem: it marks you as a potential target. A significant amount of TCPA litigation is brought by a small group of lawyers and firms who specialize in it. According to the aforementioned U.S. Chamber Institute of Legal Reform study, 60% of TCPA lawsuits over a 17-month period were brought by just 44 law firms or lawyers.

Among the techniques used by these frequent TCPA litigators is anchoring multiple lawsuits to one plaintiff by going through that plaintiff’s phone records in order to identify targets. Companies who have already been on the receiving end of a TCPA lawsuit are easily identifiable targets for additional lawsuits.

The TCPA lawsuit-mill industry is a real phenomenon, particularly as TCPA litigation has increased precipitously in recent years. Once your company has been hit by a TCPA lawsuit, you become an inextricable part of the fabric of TCPA litigation.

In 2016, the Seventh Circuit upheld a $16,000 verdict against a small hearing aid company from Indiana. What is notable about this case is that the plaintiff’s counsel admitted during oral arguments that they obtained the defendant’s hard drive in part to find other potential plaintiffs for other cases.

The problem of repeat TCPA litigators is exacerbated by the problem of serial plaintiffs. For example, one Texas man filed over 60 TCPA lawsuits in a 17-month period. A New Jersey man made so much money from his many TCPA lawsuits (at least 31 of them) that he lost his social security disability benefit eligibility.

Fighting a lawsuit requires an inordinate amount of time and resources. Even if you win, you will never recoup what you spent in order to fight the lawsuit. Those wasted resources would have been better spent on your actual business.

Commercial liability insurers have brought a growing number of cases seeking declaratory judgments that they do not have to provide coverage for their insureds’ alleged TCPA violations. Some commercial liability policies have express exclusions for TCPA claims, while others may contain more general exclusions that may not fully exclude the TCPA. There are some companies that offer insurance policies specifically tailored to TCPA litigation, but they are often expensive.

Some insurers have successfully managed to avoid covering TCPA damages by successfully arguing that TCPA violations fall under exclusionary clauses relating to invasion of privacy. One such case involved a well known NBA team located in Los Angeles.

The best way to avoid paying these hidden costs is to have a TCPA compliance strategy that makes you less susceptible to lawsuits in the first place.

Don’t call known litigators and serial plaintiffs
The easiest way for any business to avoid a lawsuit is to not contact the people who are most likely to sue them. TCPA litigators and professional plaintiffs infiltrate your data by filling forms on your lead generation websites and finding ways to get independent agents to contact them. The best defense is to remove these predatory individuals from all calling lists before reaching out.

Suppress numbers against the Do Not Call list
Telemarketers are required to suppress phone numbers on the National Do Not Call Registry. Some states have their own local DNC lists, as well, in addition to the federal list.

Make Sure You Have Strong Arbitration Language
It is critical in consumer contracts to draft clear arbitration agreements, broad enough to cover any and all future disputes. Failure to do so could result in denial of arbitration or even class action lawsuits.

Provide Consumers Clear Methods to Opt Out
You should present consumers an opt-out clause that includes language that supersedes any existing opt-in or opt-out, clearly indicating the methods of consent revocation, clearly indicating the methods which you may contact them, and including any third parties or affiliates that may contact them as it pertains to the contract.

How much do TCPA violations cost?

How much does a TCPA class action cost?

How much does a TCPA individual lawsuit cost?

The average settlement and judgment costs for individual TCPA lawsuits are difficult to find but there are examples of some lawsuits costing the defendants hundreds of thousands of dollars.

What is the ratio of TCPA class actions to individual lawsuits?

According to recent trends, class actions make up between 30% and 40% of all TCPA complaints within a given year. 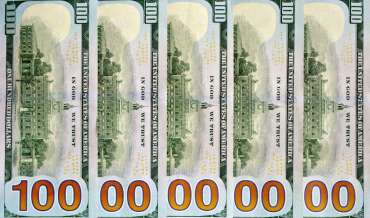