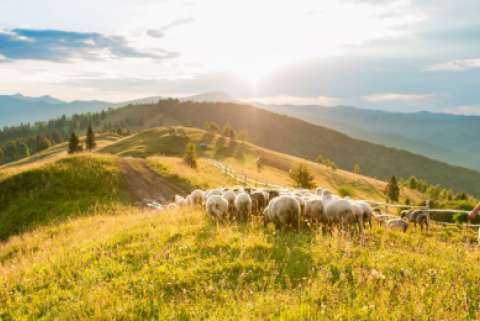 A lot happens in the world of Telephone Consumer Protection Act (TCPA) regulations and it can be easy to miss some important stories. This is a roundup of such stories, making sure that they don’t fall between the cracks of our larger TCPA news coverage.

Last week we covered a case involving the 2020 COVID-19 invocation of the emergency purposes exemption to the TCPA. This week, there is another case involving a different exemption, the exemption for healthcare-related messages by HIPAA-covered entities that the Federal Communications Commission (FCC) created in 2012. Under that exemption, qualifying entities may send qualifying messages without prior express written consent, even if the messages would have otherwise qualified as marketing messages.

In Murtoff v. My Eye Doctor, LLC, the defendant attempted to claim this exemption as a defense against violating the TCPA by sending a message informing the plaintiff that it was “time for [their] next eye exam.” The District Court for the Northern District of Illinois used a three-part test to determine that the exemption would be available to the defendant if all of the following conditions were satisfied:

The court determined that the message at issue in this case only satisfied the first condition, due to the fact that the defendant could not prove that it was the patient’s healthcare provider, and the message was not specific to the plaintiff’s healthcare needs. As a result, it did not grant the exemption.

In the year since the Supreme Court’s ruling in Facebook v. Duguid, lower courts have handed down numerous rulings trying to apply SCOTUS’s interpretation of the TCPA’s definition of automatic telephone dialing system (ATDS) to actual cases. Two rulings last week demonstrate some of the contradictory trends in those rulings.

In Niemczyk v. Pro Custom Solar LLC, the plaintiff alleged that the defendant used a predictive dialer to contact them, in violation of the TCPA’s restrictions on autodialed messages without consent. This would seem to contradict the ATDS definition from Facebook but the court allowed the case to continue from the pleadings stage to the discovery stage. It seems unlikely that such an insufficient ATDS claim will ultimately succeed but this decision is still costly to the defendant as discovery can be an expensive process.

An Eighth Circuit Court of Appeals ruling in two related cases represents a more defendant-friendly trend post-Facebook. In these cases, the plaintiffs accused the defendants of sending them promotional text messages with Txt Live software that allegedly violated the TCPA’s ATDS provisions. The court determined, however, that the software does not produce phone numbers by generating a random number and thus does not meet SCOTUS’s definition of an ATDS. Even if a random number generator were used in the selection of numbers from a pre-produced list, this would not constitute an ATDS. The court also rejected a popular argument that tries to read into the ambiguities of footnote seven of the Facebook decision in order to reopen the possibility of ATDS claims. This ruling sets an important precedent as very few of these post-Facebook ATDS cases have reached the Circuit Court level.

Another notable post-Facebook trend has been the proliferation of increasingly strict state-level telemarketing laws. Legislation has already been introduced this year in multiple states, but Utah is the first to actually enact a bill into law. The new law is a relatively minor one, however. It mostly cleans up the language and definitions in Utah’s existing telemarketing regulations. The most notable change is an expansion of the definition of a solicitation call to include offers to purchase real estate or property.

The fiancé of a cast member on The Real Housewives of New Jersey was sued for alleged TCPA violations. Multiple student loan refinancing companies were sued for alleged robocall violations stemming from calls relating to the ongoing, confusing pause on student loan repayment and rumors of student loan forgiveness. A District Court in California ruled in favor of the Federal Trade Commission (FTC) in an action against “marketers who deceptively promoted dissolvable oral film strips as effective smoking cessation, weight-loss, and sexual-performance aids.” Among the accusations against the marketers were claims by the FTC that they made illegal robocalls.