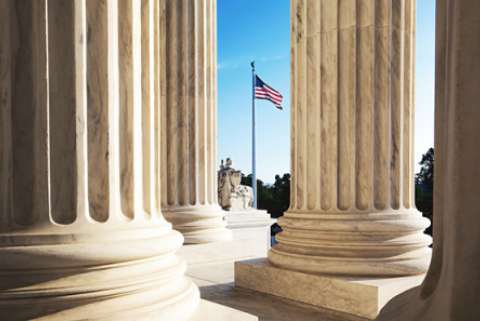 In April, the Fourth Circuit struck down the TCPA Debt Exemption that permitted automated calls to cellphones when the calls were for the collection of government-backed debt such as a student loan. The ruling called the exemption "unconstitutional" and nearly resulted in the invalidation of the entire TCPA (Telephone Consumer Protection Act).

It was May 2016 when a group of businesses that primarily made political calls filed their lawsuit against the Federal Communications Commission (FCC), American Association of Political Consultants, Inc., et al v. FCC. They challenged the TCPA Debt Exemption, which allows calls without consent "solely to collect a debt owed to or guaranteed by the United States," calling it a content-based restriction on free speech that does not satisfy strict scrutiny.

The plaintiffs argued, because content-based laws must satisfy the strict scrutiny test of the First Amendment, that the TCPA ban on the use of autodialers to make phone calls to cellphones without prior consent was an unlawful content-based restriction on free speech. They reasoned that the debt collection exemption created a rule that unconstitutionally favored a select group.

When this case originally came before the District Court in 2018, the court ruled in favor of the government. They concluded that the TCPA Debt Exemption, though content-based, passed strict scrutiny and was constitutional.

In April 2019, the case came before the Fourth Circuit on appeal. The court ruled that the debt-collection exemption does not pass strict scrutiny and, therefore, violates the First Amendment because it caused the statute to unconstitutionally discriminate against other forms of speech which did not enjoy the same exemption.

The Fourth Circuit disagreed with the District Court on whether the exemption survived strict scrutiny. They claimed the exemption authorized "the intrusive calls that the [TCPA] was enacted to prohibit," thereby undermining any privacy protections and deviating "from the purpose of the automated call ban."

To show how the government exemption did not pass strict scrutiny, the The Fourth Circuit specifically pointed to the volume of federal student loan debt. There are over 41 million borrowers, as reported by the FCC, who owe over $1 trillion on federal student loans. The court viewed this fact as evidence that the government debt exemption was not "narrow" in scope as required to pass the strict scrutiny test.

The court did not find the TCPA’s ban on automated calls unconstitutional as a whole. Such a ruling would have totally invalidated the TCPA and caused unprecedented chaos in heavily regulated telephony industries. Instead, the Court severed “the flawed exemption” from the TCPA, holding that the TCPA had operated successfully for 24 years without the exemption, which suggested that removing the exemption was a better outcome than invalidating the entire statute.

The Fourth Circuit’s decision in this case represents another example of courts scrutinizing the TCPA’s reach. The Plaintiffs have until June 10th, 2019 to seek a rehearing.