As we reach the middle of the summer, we are approaching the homestretch of an election year. This means, among other things, that we are near a high water mark for political messaging by means of telephone solicitation. Some callers may be under the mistaken impression that political calls are exempt from the Telephone Consumer Protection Act (TCPA). This is not true. However, because political calls are not regulated in the same way as marketing calls it is important to understand the distinct character of TCPA regulations for political campaigns. This article outlines the regulations and requirements that govern this unique form of telephone solicitation.

Why Does the TCPA Matter for Political Campaigns?

The 2008 presidential election was the first of the smartphone era and Barack Obama’s campaign’s text messaging strategy was hailed as the first to successfully take full advantage of the platform. While subsequent political campaigns have matched or even exceeded the scale of the Obama campaign’s text messaging operation, they have not always managed to maintain compliance with the TCPA.

Political campaigns that violate the TCPA face the same risks and penalties as commercial telemarketing campaigns that run afoul of the law. The TCPA provides multiple avenues for enforcement: the Federal Communications Commission (FCC) and various state attorneys general can bring enforcement actions, while its private right of action allows individuals to file individual lawsuits and class actions. And these lawsuits have the potential to be incredibly expensive, thanks to the law’s uncapped statutory damages and penalties that can be as high as $500-per-violation and $1,500-per-willful-violation.

The possibility of political campaigns facing TCPA lawsuits is not purely hypothetical. President Donald Trump has seen both of his presidential campaigns sued for text messages that allegedly violated the TCPA. Recently, his re-election had to shut down its entire texting operation due to anti-spam measures employed by telephone carriers. It is not a partisan issue, either, as the 2020 primary campaign for Bernie Sanders also faces a TCPA lawsuit. And the risks extend beyond the scope of massive, national campaigns as a state legislator in Georgia has been sued for TCPA violations allegedly committed in service of her congressional campaign.

A recent development that may have significant consequences relates to the use of peer-to-peer (P2P) texting. P2P is essentially a text message campaign that is conducted by individuals texting with the recipients of the campaign, usually with the aid of an app. Bernie Sanders’s 2016 primary campaign was the first to use P2P at a large scale for a political campaign. In the four years since, it has become an increasingly popular campaign tool. And, according to a recent FCC Declaratory Ruling, many forms of P2P texting that use a click-to-dial method should not be considered to be sent via an automatic telephone dialing system (ATDS) and thus do not violate the TCPA.

Another recent development that promises to have significant consequences for political telemarketing campaigns is the Supreme Court's decision in Facebook v. Duguid. By adopting the narrow, statutory definition of an ATDS, the Supreme Court has severely reduced the risk of SMS-based violations of the TCPA's ATDS restrictions. While only time will tell how this decision is interpreted by lower courts, it seems that most modern texting systems do not fit within the narrow definition of an ATDS.

Political and non-profit campaign calls to landline numbers are generally exempt from the TCPA’s do-not-call rules (with some exceptions). However, the TCPA limits the use of autodialed calls, texts, and prerecorded voice messages (“robocalls”) to wireless numbers.

Consent Requirements
If you are calling a landline phone number as part of a political or non-profit campaign, you do not need consent. However, if you are calling or texting a wireless number using an ATDS, prior express consent is required, even if the calls are purely informational. Note that this is a slightly lower standard of consent from the prior express written consent for marketing calls to wireless numbers. Additionally, no calls or texts may be made to protected phone lines such as emergency or toll-free lines without the called party’s prior express consent. This includes numbers on the public safety answering point (PSAP) list—essentially the "real" phone numbers to which emergency calls to numbers such as 911 are routed.

Co-Venture Calls
If a for-profit organization is making calls or texts on behalf of a non-profit or political campaign and the calls or texts are not substantially related, they would be subject to the TCPA. Additionally, if there is a commercial message as any part of the communication, even if it also contains a charitable or political purpose, it is considered a “telephone solicitation” under the TCPA.

FCC Identification Requirements for Political Campaigns
All prerecorded calls from a political campaign must include the following identifying information:

National DNC Registry Rules
While the National Do Not Call (DNC) Registry prohibits sales calls without consent, calls that are not considered “telephone solicitation” such as political calls and charitable calls are allowed without consent. A Subscription Account Number (SAN) is also not required for these types of organizations.

States enforce their own telemarketing laws which can be more strict than federal regulations. Prohibitions on calls and texts from a political campaign or non-profit organization may be found in laws and regulations at the state-level. For example, some states include charitable donations in their definitions of “telephone solicitation.” Charities and political fundraisers should also be careful of state regulators and watchdog groups who closely scrutinize relationships that appear to be disproportionately advantageous for non-profit organizations.

Identify wireless phone numbers
If you can identify which phone numbers on your calling list belong to mobile devices, you will know which numbers you need express consent to call or text.

Identify reassigned phone numbers
More than 100,000 wireless numbers are reassigned every day and consent is tied to the called party. Whatever consent you have to call or text a number, it is only valid if it belongs to the party who has given you consent.

Identify known litigants
Serial litigators and professional plaintiffs will always find a way to sneak into your calling lists. Having an unexpected encounter with one of these predators can lead to costly fines, devastating out of court settlements, and even class actions. 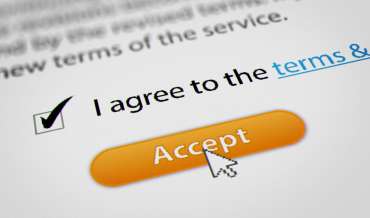 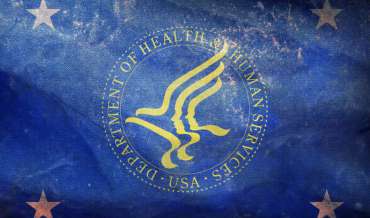