What is the TRACED Act? 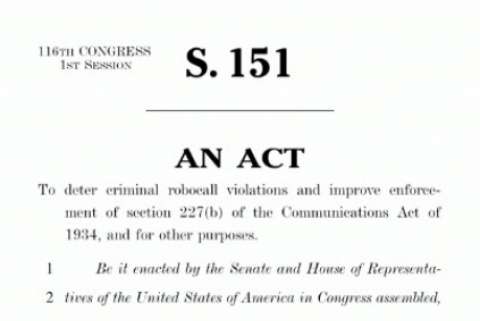 The TRACED Act (Telephone Robocall Abuse Criminal Enforcement and Deterrence Act) was sponsored by Senators John Thune (R-SD), Ed Markey (D-MA), and Roger Wicker (R-MS). Its purpose is to combat robocalls with stronger deterrents. As the volume of illegal calls has increased, so has the attention of regulators. They are especially concerned about calls from scammers who target vulnerable people, such as the elderly, to steal their personal information.

If the TRACED Act is passed, expect the creation of a new inter-agency task force.