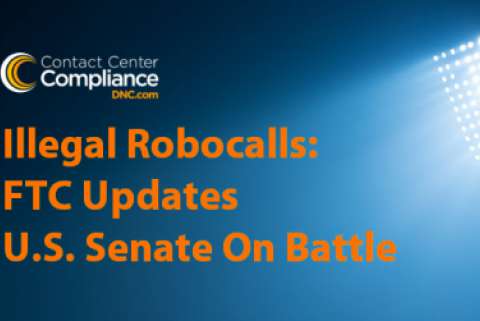 The FTC (Federal Trade Commission) updated the U.S. Senate on the progress of their fight against illegal robocalls and the harm inflicted on consumers and legitimate business. The April 18th hearing examined the problem of malicious spoofing and abusive robocalls designed to defraud consumers. Also presented were the measures taken by government and industry to protect consumers.

During the hearing, the FTC reiterated their commitment to combating unwanted illegal robocalls. According to testimony, more than 4.5 million complaints concerning robocalls were submitted in fiscal year 2017. Of particular concern was how illegal robocalls continue to cause harm to both consumers legitimate business.

Witnesses for the FTC included:

The FTC provided and updated on the effectiveness of the variety of tools used to protect consumers from illegal telemarketing. Thus far, enforcement of the Do Not Call (DNC) provision of the Telemarketing Sales Rule has resulted in 135 actions seeking civil penalties and financial restitution for victims of telemarketing scams. Additional money has been confiscated in the form of illegally obtained profits from 439 corporations and 356 individuals. To date, the FTC has collected more than $121million.

“The FCC should follow the court’s guidance, clarify the TCPA’s requirements, and focus on bad actors.” -- Scott Delacourt, U.S. Chamber of Commerce

Scott Delacourt expressed concern about the businesses targeted for enforcement action. He believes the TCPA desperately needs reform in order to reduce its impact on legitimate businesses. Between 2015 and 2016 TCPA litigation experienced a 30% increase. Upon further investigation, he observed that a majority of the targets of Telephone Consumer Protection Act (TCPA) litigation are companies that committed violations which were marginal or unavoidable. Continued enforcement actions against those businesses have done little to reduce illegal and abusive robocalls.

Speaking for the FCC, Rosemary Harold expressed the agencies awareness of the problems faced by legitimate telemarketing businesses. She reminded everyone that one of the steps being taken by the FCC is creation of the reassigned numbers database. Its implementation is expected to help legitimate telemarketers avoid contacting numbers reassigned to new consumers which will reduce their exposure to potential TCPA lawsuits.

“Unfortunately the TCPA has become an obstacle preventing legitimate and lawful communications between businesses and their customers. Businesses are in the crosshairs of potential litigation each time they pick up the phone or send a text message.” -- Scott Delacourt, U.S. Chamber of Commerce

The FTC stressed the importance of their working closely with law enforcement over the past three years. It’s a partnership that has resulted in 11 new actions against those responsible for making billions of illegal robocalls.

Illegal callers frequently use fraud and deception to pitch their goods and services, leading to significant consumer harm. Lois Greisman explained that changes in technology have worsened the problem by enabling illegal calls to be made much cheaper and on a larger scale than ever before.

Ms. Greisman believes that the best strategy for stopping illegal robocalls is through the continued usage of a three-pronged approach which includes:

Overall, the testimony presented at the hearing highlighted the FTC’s ongoing efforts to understand what is driving the volume of illegal robocalls. It also spotlighted their belief that the most effective way for solving the problem that harms both consumers and legitimate businesses is through the effective use of technology. To that point, the FTC has aggressively sought new strategies in coordination with technical experts, industry, and other stakeholders.

Of note is the recent legislation introduced by U.S. Sen. Richard Blumenthal, D-Conn. in conjunction with the hearing that would require phone companies to offer free robocall blocking technology. The ROBOCOP Act would require:

While no new ideas were presented at the hearing, it was encouraging to know that the agencies continue to be aware of the problem and are willing to listen to the concerns expressed by legitimate telemarketing businesses. Evolving regulations, enforcement, and new technologies have contributed to making robocalls a complicated issue. For the telemarketing industry, technology has become both a blessing and a curse.

As long as the responsible agencies are continuing to discuss the problems facing the industry, we are encouraged that there will be solutions forthcoming that benefit legitimate businesses and frustrated consumers. Of course, as with all government agencies, those solutions will take time. Until then, you must continue to do everything possible to protect your business from unnecessary TCPA and DNC violations and the ensuing lawsuits. 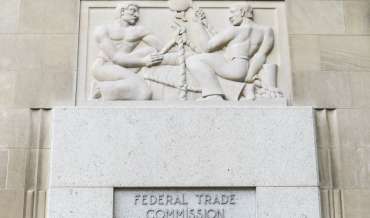 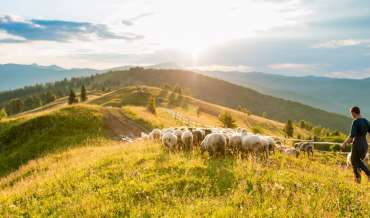 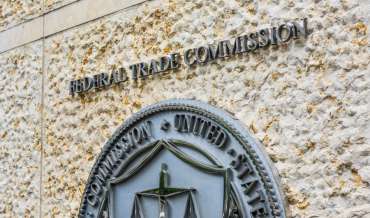