What Is a Robocall? 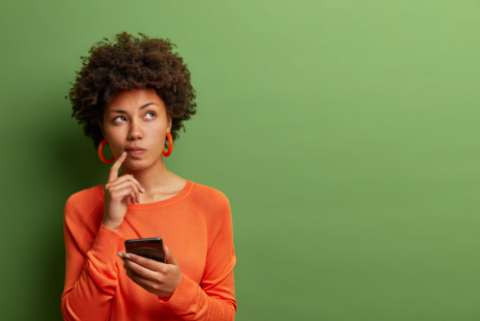 At first glance, it may seem like too rudimentary a question to even bother considering: what is a robocall? But try to answer it with any degree of specificity or legal precision and the ambiguity becomes clear. “Robocall” is a colloquial term of significant political and rhetorical consequence. But it is not defined in any federal telemarketing statute and the working definitions across various key federal regulatory agencies are not always consistent with one another.

The practical consequences of telemarketing regulation and the outcomes of telemarketing litigation often turn on how key terminology in regulatory legislation and rules is interpreted. As seen with the ongoing debate over how to interpret the Telephone Consumer Protection Act’s (TCPA) definition of “automatic telephone dialing system (ATDS),” this can be an issue even with terms that are explicitly defined in federal statutes. For a term such as “robocall” that lacks a clear definition, this can be significantly more complicated.

This article will explore some of the key definitions of “robocall” and explain why the lack of consistency serves as a source of risk for callers.

Toward a Definition of “Robocall”

Because there is no single, clear definition of what a robocall is, it is instructive to look at some of the unofficial or semi-official definitions.

The literal dictionary definition of “robocall” is as follows: “a telephone call from an automated source that delivers a prerecorded message to a large number of people.” This is a clear, simple definition that would be useful if it were widely adopted as the standard interpretation of the term. Unfortunately, as explored below, the reality is more complicated.

The original text of the TCPA does not define or even contain the word “robocall,” as the term did not exist yet in 1991—according to Merriam-Webster, it first appeared in wide use in 1993. The current text of the TCPA, updated by the TRACED Act, does include the word but does not offer a definition.

The text of the TRACED Act itself, unsurprisingly, contains the word “robocall” numerous times—its name is an acronym that stands for “Telephone Robocall Abuse Criminal Enforcement and Deterrence Act.” However, it never explicitly defines what a robocall is, nor is it defined in the report that the FCC submitted to Congress on the anniversary of the law’s passage. This document is detailed enough to specify the distinctions between unlawful robocalls and lawful but unwanted robocalls yet it does not contain a clear definition of “robocall.”

In colloquial usage, “robocall” is a term with a broad, shifting meaning. Sometimes it hews closer to the “prerecorded, autodialed calls” definition while other times it is expanded to essentially mean any unwanted telemarketing call. The most salient aspect of the colloquial usage of “robocall” is that it is almost always a pejorative term.

This editorial from The East Hampton Star neatly encapsulates this sort of usage (while also leaning very heavily into robot metaphors), comparing “robocalls” to thieves and HAL 9000, the murderous computer from 2001: a Space Odyssey. In colloquial usage, robocalling is not a particular method of calling that may or may not be lawful based on the particulars of the calls but rather a term for all unlawful, unscrupulous, and deceitful telephone scams. Of course, by its broad usage, it rhetorically ropes the former in with the latter, making any legitimate use of prerecorded voice messages seem like nefarious schemes to defraud the public.

The negative colloquial connotation has seeped into more official government usage, as well. In the summary of the TRACED Act released by the House of Representatives Committee on Energy and Commerce, the term “robocallers” is clearly and broadly used as a pejorative term. While the TRACED Act itself does make some clear distinctions between lawful and unlawful robocalling, this Congressional document subtly elides the two, effectively performing a similar rhetorical trick to the aforementioned editorial.

The FCC does not have a readily available, official definition of “robocall,” but, rather, multiple apparent working definitions that can be uncovered with a bit of research. They mostly stick to the general framework of robocalls being autodialed, prerecorded voice messages but there are some key distinctions.

In a February 2019 report on robocalls, the FCC acknowledges the ambiguity of the term, writing that “the term ‘robocall’ covers a wide array of calls, many of which are legal” and cautioning “that reports about and data related to robocalls, without detailed analysis, can blur the lines between legal robocalls, both welcome and unwelcome, and illegal robocalls.” However, the report does not clearly define what constitutes a robocall.

The FCC offers a much clearer definition in a consumer guide about robocalls and texts: “Robocalls are calls made with an autodialer or that contain a message made with a prerecorded or artificial voice.”

However, in a FCC podcast interview from 2018, Mark Stone, Deputy Bureau Chief of the FCC's Consumer & Governmental Affairs Bureau, offers a bipartite definition that depends on the recipient’s line type:

“It's a little bit broader term when the call comes to a wireless phone. So for a landline, if the call leaves a prerecorded or artificial voice message on the landline phone, that's a robocall as long as it's telemarketing. If it's not telemarketing, even if it is a prerecorded or artificial voice message, it's not considered a robocall for our purposes.

"By contrast, on wireless phones, calls to wireless phones, it's a robocall if it leaves those types of messages, prerecorded or artificial voice message, or if the call is made with what we call an autodialer which is simply equipment that can make a call really quickly to multiple numbers.”

This is a content-based definition as much as it is a technological one.

In the footnotes of a complaint alleging wire fraud against telecommunications plaintiffs, the DOJ defines “robocall” as follows: “‘Robocall’ means a call made through an automated process that places large volumes of telephone calls over the internet in order to deliver recorded messages, in contrast to calls placed one at a time by a live person.”

In a report to Congress on its efforts to combat illegal robocalls, as mandated by the TRACED Act, the DOJ identifies “”one-ring” scams” as being “robocall-related.” It describes these scams as follows: “consumers in the United States receive a call from a foreign country. After one ring, the scammer hangs up, causing the consumer to call back and incur significant phone charges (of which the scammer gets a share).” It is hard to square this with any definition of “robocall” that involves a prerecorded message, seeing as a “one-ring” scam doesn’t involve any message or communication with callers whatsoever. The only real connection that makes it “robocall-related” is the fact that it is an unwanted and likely illegal call, drawing on the pejorative nature of the colloquial definition.

Why Does the Lack of a Clear Definition Matter?

Whether through litigation or through actions by regulatory agencies, telemarketing regulations depend heavily on the interpretation of key terminology. For an example of this, one need look no further than the recent oral arguments before the Supreme Court in Facebook v. Duguid which featured Bryan Garner, the editor of Black’s Law Dictionary, presenting a complicated, grammarian argument about how to read the TCPA’s definition of ATDS.

Those oral arguments also offered an important example of how the lack of a single definition of “robocall” can present a danger to callers. Garner, as part of the respondent’s efforts to convince the Supreme Court to invalidate the TCPA, harkened back to 2020’s previous SCOTUS decision regarding the TCPA, Barr v. AAPC. Both during Barr’s oral arguments and in the plurality opinion written by Justice Brett Kavanaugh, multiple justices referred to the TCPA as an incredibly popular law because of its role in preventing robocalls. Garner tried to draw on these statements to bolster his argument in the Facebook case, which involved text messages rather than prerecorded voice calls. Justice Kavanaugh and Chief Justice John Roberts pushed against this line of argument by stipulating that robocalls should be defined as prerecorded calls.

So, in this particular case, that relatively narrow definition served as likely protection for callers but it is easy to see how, in the ongoing absence of an official definition, the broad, pejorative definition could be used against callers of all types. Also, it is worth noting that while the Justices made use of a narrow definition of “robocall,” they did not make any distinction between lawful and unlawful robocalls. Just as with the Congressional summary of the TRACED Act and the DOJ report to Congress referenced above, negative connotations of “robocall” seep from colloquialisms into officialdom.

In Contact Center Compliance’s post-Facebook webinar, Eric Troutman, foremost TCPA expert and Czar of TCPAWorld, points out that the word “robocall” is not defined in any federal statute and, as a pejorative term without a clear definition, has no place in a courtroom. Unfortunately, it has found its way into courtrooms across the country in TCPA litigation—including during oral arguments of both of the TCPA cases heard by the Supreme Court in 2020—and remains a powerful, dangerous term precisely because of its lack of a clear definition.

The significance of the pejorative, vague, colloquial definition of “robocall” has real influence in telemarketing regulation, legislation, and litigation—particularly due to the absence of a clearly established, widely accepted, statutory definition. As a result, all callers may be at risk of the anti-robocall backlash, even those who make perfectly legal prerecorded calls, or perhaps those whose calls aren’t even prerecorded at all. Much as the term “spam” became a buzzword to smear email marketing in the past, “robocall” has become the same for telemarketing. It is important that all callers keep abreast of the legal and regulatory developments regarding how “robocalls” are treated in order to protect themselves.