The panelists discussed the differences between consent for marketing calls (“prior express written consent”) and informational calls (“prior express consent”). This included examining the vague statutory language for these terms as well as giving an overview of relevant Federal Communications Commission (FCC) guidance and court opinion. They also covered the differing standards of consent with regards to the Telephone Consumer Protection Act (TCPA) and National Do Not Call (DNC) Registry, particularly with regards to dialing technology.

A key aspect of the Masterclass was a thorough examination of the actual definition of “prior express written consent” under the Code of Federal Regulations (CFR). This was followed by a line-by-line look at an example of a consent disclosure written specifically toward that CFR definition. As Eric Troutman noted, this disclosure was the sort of thing that “would cost hundreds of dollars if you hired a lawyer to write it for you.”

The panelist later moved on to an explanation of new, potentially dangerous, under-the-radar developments in case law on such topics as seller disclosures and the design of consent capture web pages. This included discussions of specific rulings and analysis situating those rulings within the broader evolution of these topics. The panel also analyzed examples of actual consent capture pages that did not meet the requirements, according to the courts. As with the consent disclosure, this was an especially detailed, concrete, and useful analysis that is not often available for free.

This was a fruitful discussion and was a good introduction to Contact Center Compliance’s Consent Masterclass series. The video archive of the Masterclass and the slide deck used during the presentation can be found here. 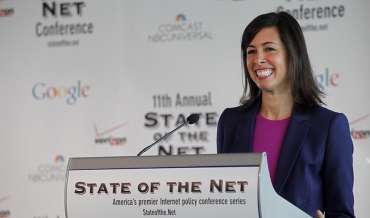