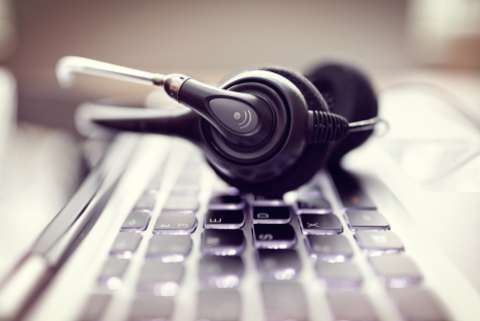 Calls with a prerecorded message or made using an automated telephone dialing system to a Voice-over-Internet number with limited minutes should be treated the same as calls to a cellphone under the Telephone Consumer Protection Act, a New York federal court has ruled.

Reny Rivero sued America's Recovery Solutions alleging violations of the TCPA based on three calls to his phone number, which had a greeting that directed callers not to leave a message unless in an emergency. Representatives from ARS nonetheless left a voicemail message on each occasion, stating their name and requesting that Rivero return the call to the representative.

Proceeding pro se, Rivero sought damages under the TCPA as well as the Fair Debt Collection Practices Act and state law. Although ARS initially appeared in the action and answered the original complaint, its counsel withdrew after the complaint was amended and then failed to respond to the amended complaint. Plaintiff subsequently moved for a default judgment.

The court began by noting that the Federal Communications Commission created a limited exemption for calls between debt collectors and consumers with an established business relationship that extends only to calls made to a "residential line," and not a cellphone or other service.

Rivero's VoIP service from Vonage offers him 300 minutes per month, routing calls through his Internet connection to his phone line. Although little guidance exists in the Second Circuit Court of Appeals on the issue of whether a VoIP intermediary connection alters the nature of the receiving telephone under the TCPA, Magistrate Judge Bloom turned to an opinion from the Fourth Circuit involving a plaintiff that subscribed to a VoIP service that charged her a set amount per call.

In that case, Lynn v. Monarch Recovery Management, the federal appellate panel held that because the plaintiff was charged for each of the defendant's calls, the calls were made to "a service for which the party is charged for the call," which is prohibited under the TCPA at Section 227(b)(1)(A)(iii). This conclusion aligned with Congress's intent that automated calls not add expense to annoyance, the Fourth Circuit wrote.

"Plaintiff's VoIP service is not an unlimited calls/flat fee plan as the TCPA presumes is generally the case with a traditional residential telephone line," the court said. "Rather, it is 'a service for which the party is charged for the call' described under Section 227(b)(1)(A)(iii), because each call by Defendant depletes Plaintiff's store of limited minutes. There is no regulatory exemption to this provision because the TCPA permits the FCC to create limited exemptions only to the prohibition of calls to certain cell phones (under subsection (A)) and to residential lines (under subsection (B)). Accordingly, Defendant's calls to Plaintiff's VoIP phone line violated the TCPA."

Turning to damages, Magistrate Judge Bloom denied Rivero's request to treble his statutory damages for the calls and instead recommended he receive just $500 per call. "Had Plaintiff used a traditional residential line, Defendant's calls would have fallen within the established business exemption and would not have violated the TCPA," the court said. "Given the lack of evidence that Defendant knew Plaintiff would be charged for its calls, treble damages are inappropriate."

The court added $750 to Rivero's damages for FDCPA violations (with another $423.50 for costs) but held he could not recover on his New York consumer protection law claim, for a total of $2,673.50.

Reviewing the report and recommendation, Judge Vitaliano found it "to be correct, well-reasoned, and free of any clear error," and adopted it in its entirety with an order to close the case.

Why it matters: The Rivero case provides companies that place unsolicited calls to consumers with something new to think about before dialing, specifically, what kind of phone service does the consumer have. Although the defendant elected not to mount a defense in the case, the court found the VoIP plan subscribed to by the plaintiff was "a service for which the party is charged for the call" under Section 227(b)(1)(A)(iii) of the TCPA, triggering liability on the part of the defendant. The magistrate judge declined to treble the plaintiff's damages, however, recognizing that the defendant had no way of knowing that Rivero subscribed to a VoIP plan – had he used a traditional residential line, the calls would have fallen within the established business exemption in the statute and would not have violated the TCPA. A different outcome might also have been possible had Rivero's Vonage plan featured unlimited minutes. Each call from the defendant reduced the plaintiff's 300 minutes per month, the court explained, leaving room for a defendant to distinguish a situation where a VoIP subscriber had no limit on his calls and would not have been charged for them.