Wrong Numbers Are a TCPA Risk 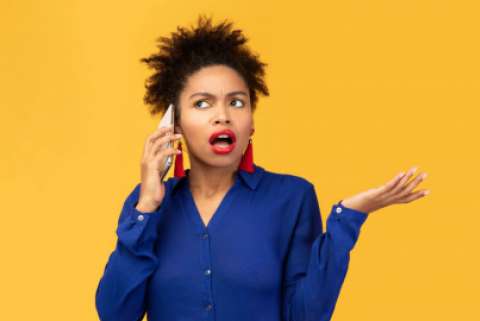 “I guess you could say it was a day like any other
The sun was out and I was feeling fine
The telephone rang and it was a wrong number
That's exactly what I told the fellow on the line”
– Sonny & Cher, “Wrong Number”

Wrong numbers sometimes take a backseat to reassigned numbers when discussing Telephone Consumer Protection Act (TCPA) risks. But they represent a similar sort of risk without counterbalancing features like the Reassigned Numbers Database (RND) and its associated safe harbor. Understanding why wrong numbers serve as a source of TCPA risk and implementing measures to mitigate that risk are essential parts of TCPA compliance.

Calling a wrong number willfully or by accident can lead to serious penalties. The TCPA is a strict liability statute, meaning no forgiveness is given for unknowing or good faith mistakes. In fact, there are treble penalties for willful violations. The law’s private right of action—and court opinion determining that it can be used to pursue nationwide class actions—allows plaintiffs to allege potentially massive numbers of violations. TCPA penalties are assessed on a per-violation basis: up to $500-per-violation and up to $1,500-per-willful-violation. Combined with uncapped statutory damages, these penalties can add up. All of these elements combine to make the TCPA an unprecedentedly costly vehicle for litigation.

The most significant provisions of the TCPA for most callers relate to consent. These consent provisions generally fall into two categories:

Automatic Telephone Dialing Systems (ATDS)
The TCPA restricts autodialed marketing calls and texts to cell phones and other devices where the recipient might be charged for the call without written consent, and non-marketing autodialed calls without prior express consent.

Robocalls
The TCPA does not allow the use of an artificial or prerecorded voice to be used to call a residential landline or wireless number for marketing purposes without prior express written consent.

There is no safe harbor for calls accidentally placed to wrong numbers. Consent is associated with the called party and a call placed to a wrong number is, by definition, almost certainly without the proper level of consent. Moreover, the strict liability provision of the statute further compounds the risk of wrong number calls.

A bank settled a TCPA class action for $17.85 million. The violations stemmed from calls and text messages sent to wrong numbers. The bank was attempting to reach its own customers with what would otherwise be acceptable messages about servicing loans, collections, fraud alerts, and other such topics. But due to the fact that these messages were sent to “wrong parties”, they constituted TCPA violations.

A financial services firm repeatedly contacted a phone number that it believed was the number of an individual who had consented to receive such messages. This was a mistake and the actual owner of the phone number informed the caller of such. The wrong number recipient filed a TCPA class action alleging a class that included every person to whom the defendant placed a call that was not a current or former account holder. Of course, this is likely a broader—potentially much broader—class than it should be, as a person can provide consent to be contacted without being a current or former account holder with the organization on whose behalf the calls were placed. The defendant did not adequately assert this defense and the court certified a class that could result in $41 million in damages or more.

A plaintiff brought a TCPA class action against a satellite TV provider stemming from debt collection calls. The TV provider had actually directed its third-party debt collectors to track wrong number calling to help develop strategies for preventing wrong number calls in the future. This backfired against the TV provider as the plaintiff was able to gain access to that data and used it to identify 180,000 calls used for class certification and could result in potentially $90 million worth of damages. This illustrates the trickiness of the TCPA. What had been intended as a responsible measure for reducing wrong number contacts in the future instead became fodder for an expensive TCPA class action.

How to Avoid Wrong Number Risks

Make Sure You Identify the Right Party Before Calling
The only way to avoid wrong number TCPA violations is to not call wrong numbers. Thanks to the RND, there is a safe harbor defense for reassigned number calls but there is none for mere wrong number calls. The most important way to reduce wrong number risks is to have a right party identification solution. Verifying caller data and completing incomplete data before you begin your calling campaigns can save you from potential TCPA violations.

Employ Phone Number Verification
Depending on the needs of their businesses and calling campaigns, callers can also implement methods in their consumer contact procedures to avoid contacting wrong numbers. This can include such procedures as requiring consumers to verify their phone numbers as a condition for creating an account.

Remove Wrong Numbers from Your Calling Lists… But Be Careful
It is also important to have procedures for removing wrong numbers from calling lists in the event that one is mistakenly called. However, as can be seen in the above case studies, tracking wrong number calls can serve as evidence for TCPA class actions.

What is the penalty for calling a wrong number?

If wrong number calls violate the TCPA, as is likely, the penalties are assessed at up to $500-per-call. If the violations are proven to be willful, those penalties can be trebled up to $1,500-per-call.

Can I be forgiven for calling a wrong number if it was a genuine mistake?

No. The TCPA is a strict liability statute. There is no forgiveness for honest mistakes. The only forgiveness would be that it would be unlikely for any penalties to be trebled.

Is there a wrong number safe harbor?