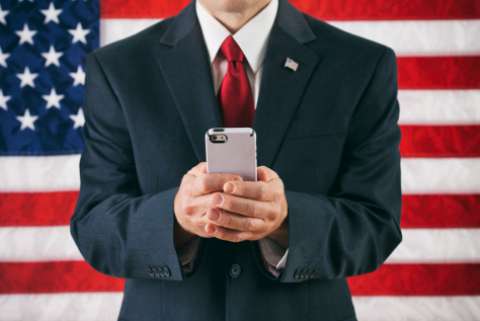 The regulatory issues faced by political text message campaigns is a frequent topic that we cover on this blog. Usually the newsworthy issues relate to litigation or Federal Communications Commission (FCC) rulemaking and enforcement. But there is another angle to consider: telecom carriers changing their policies in ways that may dramatically reduce the deliverability of political text message campaigns, with the added possibility of these issues having a particularly partisan slant.

NBC News reported recently on new policy changes by AT&T and T-Mobile that require organizations that run text message campaigns—including political groups—to fill out applications as part of the carriers’ efforts to create “trust scores” for any organization sending messages to their users. The lack of transparency in how these scores are calculated has some organizations worried that they will be discriminated against for their political goals, causing the text message campaigns that are so central to their activities to be significantly hampered by low deliverability.

Progressive groups in particular seem to be worried that the trust score algorithms used by AT&T and T-Mobile will be unduly weighted against them. Some of this may be due to the general political dynamics between large corporations such as telecom providers and progressive political organizations. But there are also claims that one of the third-party vendors involved in calculating the trust scores is affiliated with a major donor to former President Donald Trump.

The groups complain that there does not seem to be a system for recourse if organizations feel that their messages are wrongly being blocked. They also complain that the application process asks for unknowable information such as how future campaigns that do not current exist will be conducted. Eighteen such groups—including the NAACP, Sierra Club, and Planned Parenthood—sent a letter to President Joe Biden and multiple Democratic lawmakers asking them to intervene. There is no indication that they will do so.

These new procedures have not yet been enacted and no deadlines have been reached for organizations to complete the application process. AT&T, for their part, says, “We want all groups and organizations to be able to effectively and reliably communicate with their intended audience via text messaging. Our policies protect our customers from unwanted texts, while ensuring messages they want to receive are delivered.”

So far AT&T and T-Mobile are the only carriers to have announced such policies. However, it is not difficult to imagine them eventually becoming widespread throughout the industry if successfully implemented by these two major carriers. While there is no indication that these policy changes are a direct result of the TRACED Act and the continued emphasis on STIR/SHAKEN call authentication protocols, they are likely at least loosely related to the FCC’s prioritization of enforcing anti-robocall regulation at the carrier level. Rather than direct regulatory enforcement through the courts or agencies, it is a form of induced self-enforcement by carriers. These sorts of changes presage a likely trend that is coming to the industry in which calls and texts are prevented at the carrier level far more frequently than has been the norm over the past 30 years.