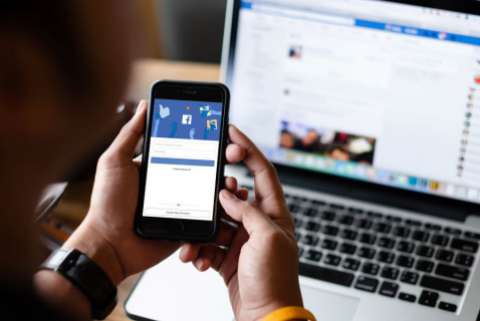 It has been six months since the Supreme Court of the United States (SCOTUS) rendered a decision in Facebook v. Duguid. This landmark Telephone Consumer Protection Act (TCPA) decision addressed the long-standing jurisdictional split on how to interpret the TCPA’s definition of an automatic telephone dialing system (ATDS). The court reached a unanimous opinion in favor of reading the definition in more narrow, statutory terms. Justice Sonia Sotomayor wrote, “We hold that a necessary feature of an autodialer under [the TCPA] is the capacity to use a random or sequential number generator to either store or produce phone numbers to be called.”

In the immediate aftermath of the ruling, many observers interpreted this to mean that the TCPA’s autodialer restrictions were effectively dead. However, the reality, as borne out in District Court rulings over the past six months, is a bit more complicated. While the old landscape of multimillion-dollar TCPA class actions built on ATDS violations does indeed seem to be a thing of the past, there still are legal and practical complications relating to the use of many common varieties of dialers.

With the caveat that nothing is settled and further developments could go in many different directions, we will examine the state of the TCPA and autodialers six months into the post-Facebook era.

In the six months since the Facebook decision, a number of trends have emerged, offering a glimpse at the nascent shape of post-Facebook ATDS regulations.

We covered this in greater depth in our first post-Facebook roundup a month after the decision but it remains an important trend. As a response to SCOTUS’s decision on the ATDS definition, some plaintiffs have opted to pursue TCPA litigation that alleges violations of the law’s Do Not Call (DNC) provisions rather than its restrictions on the use of an ATDS.

Like the DNC claims, some plaintiffs have opted to pursue TCPA litigation that focuses on the statute’s provisions regarding robocalls rather than its ATDS restrictions. The Facebook decision does not affect the TCPA’s robocall restrictions and some plaintiffs are pursuing this as an alternative avenue for litigation.

Not all plaintiffs have abandoned the strategy of pursuing lucrative ATDS claims. Complaints continue to be filed alleging ATDS violations and some courts are not finding these arguments compelling. As we discussed in our article about the post-Facebook era at the 3 month mark, some courts are not letting these claims survive the pleadings stage. For example, the Western District of Washington Court explicitly rejects an argument relating to footnote 7 of Facebook in its decision to dismiss Borden v. eFinancial, LLC at the pleadings stage.

Most ATDS Claims Do Survive the Pleadings Stage

Unfortunately, most ATDS claims have survived the pleadings stage in District Court cases. This trend is the one that has produced the most concrete consequences so far for marketers and the one that portends the greatest possibility of negative consequences in the future.

The arguments put forth by plaintiffs vary—with the most significant ones largely fitting into the categories discussed below—and the ultimate success of this sort of litigation remains to be seen. But in the short term, it costs defendants money in the form of legal fees and requires them to spend time defending themselves against these lawsuits. In fact, the legal fees for a case that proceeds beyond the pleadings stage can be four, five, or even six times as large as those that do not survive pleadings. It is likely that some plaintiffs and their attorneys are using that as leverage to push for settlements even in cases that are likely to fail at the later stages of the litigation process.

Motion for Summary Judgment Results Have Been Positive for Callers

While it is frustrating that so many spurious seeming ATDS claims have survived the pleadings stage, those cases have almost entirely failed at the motion for summary judgment (MSJ) phase. The one notable exception is Garner v. Allstate Ins. Co. in which the Northern District of Illinois Court denied a motion for summary judgment that had argued that a predictive dialer is not an ATDS.

The textual and linguistic interpretation of the TCPA’s ATDS definition is the heart of SCOTUS’s Facebook ruling. In turn, many of the most important developments in post-Facebook TCPA litigation involve lower courts’ textual interpretations of the Facebook ruling itself.

Initially overlooked in the immediate wake of the decision, footnote 6 of Facebook v. Duguid reads:

“[A]ll devices require some human intervention, whether it takes the form of programming a cell phone to respond automatically to texts received while in ‘do not disturb’ mode or commanding a computer program to produce and dial phone numbers at random. We decline to interpret the TCPA as requiring such a difficult line-drawing exercise around how much automation is too much.”

Before Facebook, some sort of “human intervention” in the dialing process—such as would be found with a click-to-dial system—was considered sufficient to prevent a dialer from being regulated as an ATDS. However, courts have interpreted footnote 6 in such a way as to make this no longer true. Instead, the emphasis seems to have shifted toward some sort of “human selection” in the process of choosing what number to call. This does not necessarily mean that all click-to-dial systems are considered autodialers now. But the “human intervention” aspect that had been such a solidly safe standard is no longer any protection. Instead, click-to-dial systems are now subject to similar standards as predictive dialers.

Unlike footnote 6, footnote 7 attracted immediate attention from TCPA experts following the Facebook decision. The key section reads: “[A]n autodialer might use a random number generator to determine the order in which to pick phone numbers from a preproduced list.” As with the aforementioned issues relating to footnote 6, plaintiffs have been using this footnote to put forth an argument that dialers may be considered autodialers if there is some sort of random or sequential number generation in the process of selecting which number to dial from a list of phone numbers, even if the phone numbers were not generated randomly or sequentially. Unfortunately, some courts have found this argument compelling at the pleadings stage even though it plainly contradicts SCOTUS’s explicit conclusions in the body of the Facebook decision.

So far, no cases have resulted in courts finding that random or sequential number generation has played a part in phone number selection. But the fact that courts are willing to accept that as a valid argument for determining whether a dialer is an ATDS is still alarming. Because random and sequential number generation is a part of most modern computing (i.e., in spreadsheet programs), it is entirely possible that a dialer could have some sort of random number generation code that a court could find sufficient to consider it an autodialer based on this sort of argument. The specifics of how dialers are programmed and how different aspects of the programs relate to dialing sequence seems likely to be very important going forward.

Last week, Eric J. Troutman, the Czar of TCPAWorld, conducted a webinar with Contact Center Compliance on the same subject covered in this article. It was a comprehensive and informative webinar and you can find a recording and a link to download the slide deck HERE.

During the webinar, Eric shared the most updated version of his stoplight diagram showing his evaluation of the relative safety of different popular dialing methods. In green are the only fully safe dialing methods: AI/interactive text messages, triggered texts, and human selection systems. In red are the mostly clearly dangerous dialing methods: prerecorded/artificial voice calls, interactive voice response, ringless voicemail, voicemail, and calls to numbers on the DNC list. Everything else falls between the two, in a state of indeterminate risk: predictive dialers, preview dialers, blast texts, and human intervention systems. Eric covers the topic more thoroughly in the webinar (and in his invaluable work at TCPAWorld, whose Facebook ruling resource page can be found HERE), but these “yellow” dialers are the ones in which the specifics of each case matter the most, including such issues as dialing sequence and court jurisdiction.

While it would be satisfying to present a strong conclusion one way or the other—either “Facebook changes everything and callers are free to do whatever they want!” or “Facebook changes nothing; callers beware!”—the reality of the situation is more muddled. The previous circumstances in which ATDS claims fueled enormous class actions if they were adjudicated in certain Circuit Court jurisdictions really does seem to have ended. But District Courts have already shown that they are not uniformly interpreting Facebook in the most direct manner. We will continue to monitor how these cases play out in the courts and would encourage marketers to do the same.