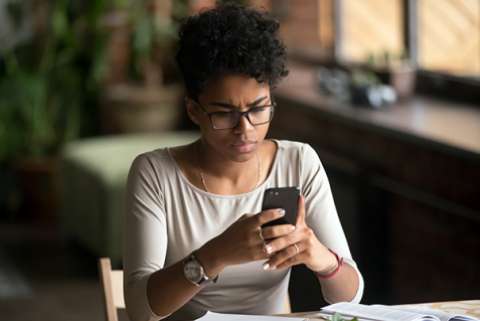 The Telephone Consumer Protection Act (TCPA) was signed into law in 1991. For perspective, that’s one year before the invention of SMS text messaging. Yet, this thirty-year-old piece of legislation remains the centerpiece of federal telemarketing regulation deep into the smartphone era. As a result, a significant portion of the responsibility for the evolution and clarification of regulatory efforts has been carried out through court opinion.

Because the tiered, jurisdictional nature of the federal court system, this method of regulation necessarily invites contradictions, ambiguity, and inconsistent enforcement. The most prominent example of these effects on the TCPA is the infamous—and perhaps soon-to-be-resolved—circuit court split on how to interpret the TCPA’s definition of automatic telephone dialing system (ATDS). But there is another, lesser known but no less important jurisdictional split in TCPA enforcement: interpreting what constitutes sufficient harm for Article III standing.

This article will explore the history of this split, the legal reasoning behind it, and the consequences for telemarketers.

What Is Article III Standing?

“Article III standing” may sound like an impenetrable bit of legal arcana but it is one of the bedrock principles of federal litigation. It refers to Article III of the United States Constitution, which establishes the judicial branch of the federal government.

In particular, it relates to Article III, Section 2, Clause 1—known as the “Case or Controversy” clause. This clause limits the federal courts to only consider actual cases or controversies and, by extension, allows plaintiffs to bring cases only in situations where they can demonstrate that they have suffered actual harm.

The determination of what constitutes actual harm and confers standing to a plaintiff is an important element of federal legal doctrine. In general, the tripartite requirements for Article III standing are interpreted such that a plaintiff must demonstrate:

This is of particular importance for the TCPA due to the fact that its primary mechanism of enforcement is through its private right of action, allowing individual lawsuits and class actions to constitute the bulk of TCPA actions. The most notable case to impact how Article III standing is currently interpreted with regards to the TCPA is not actually a TCPA case at all but, rather, a 2016 Supreme Court decision in a case relating to the Fair Credit Reporting Act (FCRA).

In Spokeo, Inc. v. Robins, the Supreme Court considered a case that arose from an individual filing a class action lawsuit against the “people search engine” Spokeo under the FCRA. The plaintiff alleged that Spokeo’s profile of him was inaccurate—incorrectly identifying him as a wealthy professional with a graduate degree and a family—in such a way as to adversely affect his efforts to find employment. The Ninth Circuit Court of Appeals sided with the plaintiff, but the Supreme Court ruled that the Circuit Court had erred. In a 6-2 ruling, SCOTUS found that the Ninth Circuit’s decision only established that Robins’s alleged injuries were particularized but did not establish whether or not they were concrete. SCOTUS ruled that, even in the context of a statutory violation, Article III standing could only be granted for injuries that are concrete.

This decision would seem to have significant consequences for the TCPA, as a law that is litigated largely through individual lawsuits and class actions that allege statutory violations. Should the Spokeo precedent hold, TCPA plaintiffs would need to argue concrete harm rather than mere statutory violations in cases that involve minimal alleged violations, such as a single call or text. In practice, however, courts have offered notably different interpretations of how this standard should be applied.

In the wake of SCOTUS’s Spokeo decision, courts have arrived at very different conclusions as to what constitutes concrete harm in TCPA complaints involving minimal calls. Some have determined that the standard for concrete harm is very low, such that one or two calls could be enough to confer Article III standing.

The examples of class actions are particularly concerning as they allow for the possibility of a single text or call forming the basis of a class action complaint that could bring damages in the tens of millions or even hundreds of millions of dollars. And while a plaintiff being granted Article III standing does not guarantee a verdict against the defendant—in Van Patten, the defendant was granted summary judgment due to the plaintiff never having revoked consent to receive messages—the costs of defending a class action can still be exorbitant even when successful.

Fortunately, not every court has followed this interpretation of Spokeo’s precedent regarding Article III standing.

Other courts have interpreted SCOTUS’s ruling on concrete harm in such a way as to find that plaintiffs in these sorts of TCPA cases in which they receive minimal calls do not have Article III standing.

In its 2019 decision in Salcedo v. Hanna, the Eleventh Circuit ruled that receipt of a single, unwanted text message was insufficient to establish Article III standing. In this case, the Eleventh Circuit found that the plaintiff’s argument that receiving and opening a single text message wasted his time, invaded his privacy, and made both himself and his phone unavailable for other purposes did not constitute concrete harm. In its decision, the court explicitly drew a contrast with the Ninth Circuit’s “unpersuasive” Van Patten decision, writing that “Congress’s legislative findings about telemarketing suggest that the receipt of a single text message is qualitatively different from the kinds of things Congress was concerned about when it enacted the TCPA.”

This decision has also proven to serve as precedent. In 2020, a District Court within the Eleventh Circuit found, in Fenwick v. Orthopedic Specialty Inst., that three text messages did not constitute concrete harm.

These decisions are more in line with what some may have expected following the Supreme Court’s Spokeo decision. However, since they represent one of two wildly divergent interpretations of Spokeo, it is clear that Article III standing for cases arising from minimal calls remains a murky question.

Following Spokeo, TCPA defendants may have expected to be able to more easily challenge plaintiffs’ Article III standing in cases arising from one or two alleged violations. However, the reality of how the Spokeo decision has influenced TCPA litigation has been much more complicated. Different courts at different levels have reached different—even contradictory—conclusions as to whether or not a single call or text is “concrete harm.”

In fact, depending on the specific details of the case, Circuit Court precedents on Article III standing could be more complicated than they may seem. For example, in a 2019 decision in Shuckett v. DialAmerica Mktg, the Southern District of California ruled that a plaintiff did not have Article III standing for a TCPA lawsuit stemming from a single missed call. Despite falling with the Ninth Circuit that had ruled that two text messages were sufficient injury in the Van Patten case, the District Court found that the plaintiff in Shuckett could not substantiate concrete harm because she failed to provide proof that she had been aware of the call at issue when it was made.

The consequences of post-Spokeo court opinions on Article III standing in TCPA cases are important but unclear. A single call or text can, in some courts, give rise to sufficient harm and, therefore, standing. The particulars of a case and local precedent will determine whether the plaintiff's case can be thrown out early. Like with other Circuit Court splits, the standing issue will continue to result in contradictory rulings until there is a national binding precedent. Until then, careful marketers will assume that a single communication with a consumer might get them successfully sued—making strict compliance more important than ever.